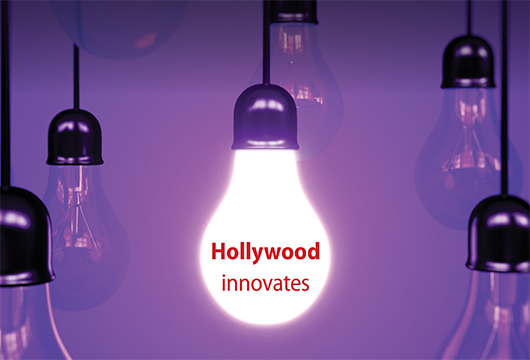 On the eve of the annual Consumer Electronics Show in Las Vegas, Home Media Magazine‘s “Hollywood Innovates” special report spotlights the many innovative moves the studios are making as consumer tastes and habits change.

Consumers want to be able to access movies they’ve bought digitally or physically on all of their devices, anywhere they are. Enter Movies Anywhere, the digital locker service launched in October with support from five of the major studios and key digital retailers iTunes, Amazon Video, Google Play and Vudu. Movies Anywhere has gotten off to a great start, and has adapted to consumer feedback about sorting their libraries and other functionality. Recently, I used the service to watch a film on my big screen TV that I didn’t have on disc and the experience was seamless. My daughter at college has used the service as well, to access titles that we have in our home library. If my experience is any example, then Movies Anywhere looks to be the killer app for digital ownership.

Consumers also want to access the latest technology, and studios are responding. They are launching virtual and augmented reality products that expand the very definition of home entertainment. They are also putting technology behind movie extras, linking to the web to expand the experience of a film through Google Maps and other online sources.

The home entertainment business is, and has always been, fluid.

“Business models, the customer base, consumers, technology, storytelling, all of it is changing at the same time and that can be disconcerting — and it can also be exciting,” Jim Wuthrich, president of the Americans and global strategy at Warner Bros. Home Entertainment, recently told me.

Scary and exciting, indeed! That’s always been what the home entertainment business is about, and the industry will continue to innovate its way into the future.