Netflix’s “Stranger Things” took the top spot on Parrot Analytics’ digital originals rankings the week ended July 4, its third consecutive week at No. 1. The popular series had 65.3 times the demand of the average series, while demand for the show dropped 1.1% from the previous week.

Netflix’s “Dark” jumped to No. 2, from No. 7 the previous week. The German sci-fi drama had a 61.9% rise in demand and was 56.9 times more in demand than the average show. A third and final season of the show was released June 27.

The Disney+ live-action “Star Wars” series “The Mandalorian” dropped a spot to No. 3 for the week, earning 46.6 times average demand with expressions down 1.9%.

The DC Universe platform’s “Harley Quinn” animated series slid to No. 4 with a 9.1% drop in expressions and 43.1 times demand over the average.

The top overall TV series was again Nickelodeon’s “SpongeBob SquarePants,” with 103.3 times average demand. “Stranger Things” was No. 4 on the overall TV list. 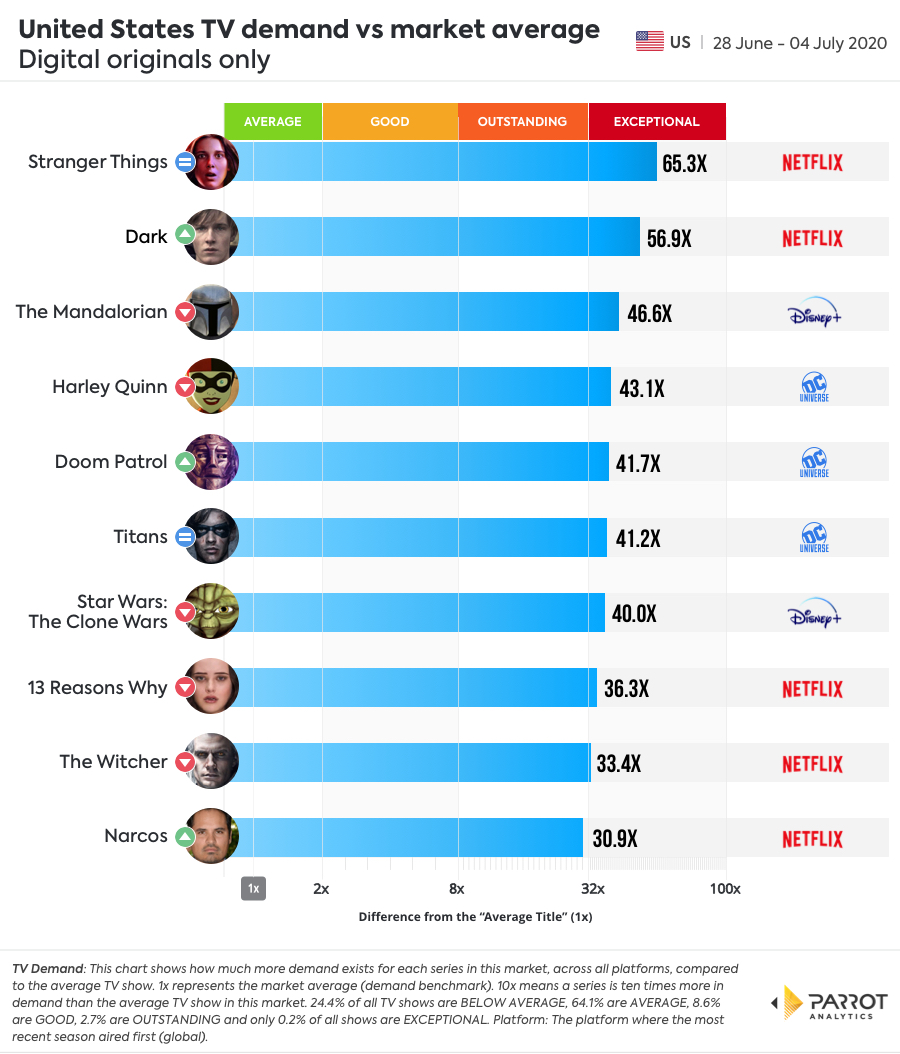