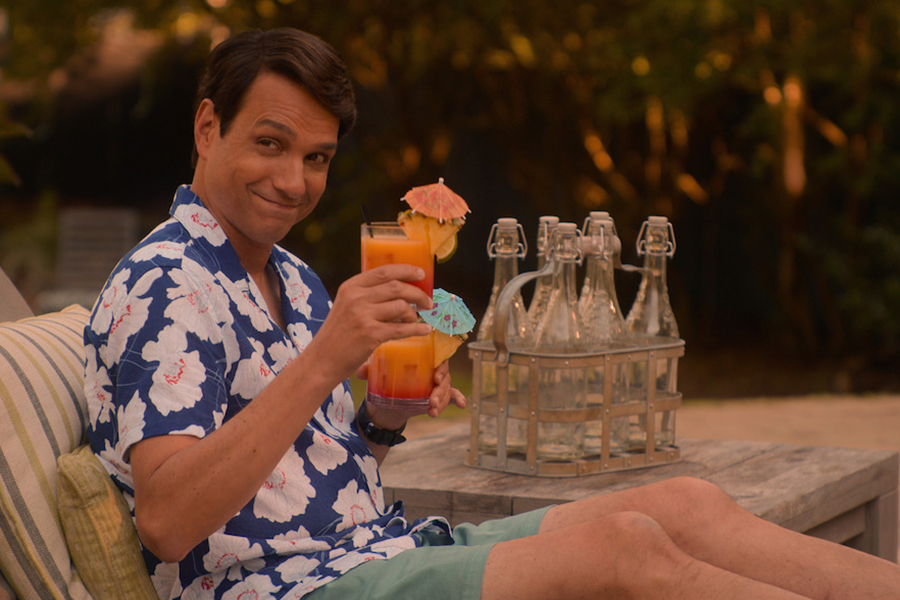 Netflix’s supernatural thriller “Stranger Things” remained No. 1 on Parrot Analytics’ digital originals U.S. rankings the week ended Sept. 23. The series had a 2.1% drop in demand expressions, the proprietary metric Parrot uses to gauge a show’s popularity, giving it 74 times the demand of an average series. “Stranger Things” was No. 4 on Parrot’s list of overall TV shows.

Another Netflix series, “Cobra Kai,” remained No. 2 with 65.3 times average demand after a 5.8% drop in demand expressions now that all 10 episodes from the fifth season of the “Karate Kid” sequel series have been available for a few weeks. “Cobra Kai” was No. 6 on Parrot’s list of overall TV shows.

Hulu’s “The Handmaid’s Tale” rose two spots to No. 3, with a 17.7% rise in demand expressions and 39.1 times average demand as its fifth season continues.

The Disney+ “Star Wars” spinoff “The Mandalorian” slid to No. 5 on the digital originals chart with a 13.4% drop in demand expressions and 35.5 times average demand.

Netflix’s “The Crown” slipped a spot to No. 6 after a 14.5% drop in demand expressions to give it 33.6 times average demand. The series, which got a boost following the death of Queen Elizabeth II, whose early years on the throne are dramatized by the show, returns for its fifth season Nov. 9.

The biggest jump into the top 10 for the week was Netflix’s “Cyberpunk: Edgerunners,” an anime series inspired by the Cyberpunk 2077 video game that premiered Sept. 13. It had a 148% rise in demand expressions to give it 29.3 times average demand and push it to No. 9, up from No. 71 the previous week. 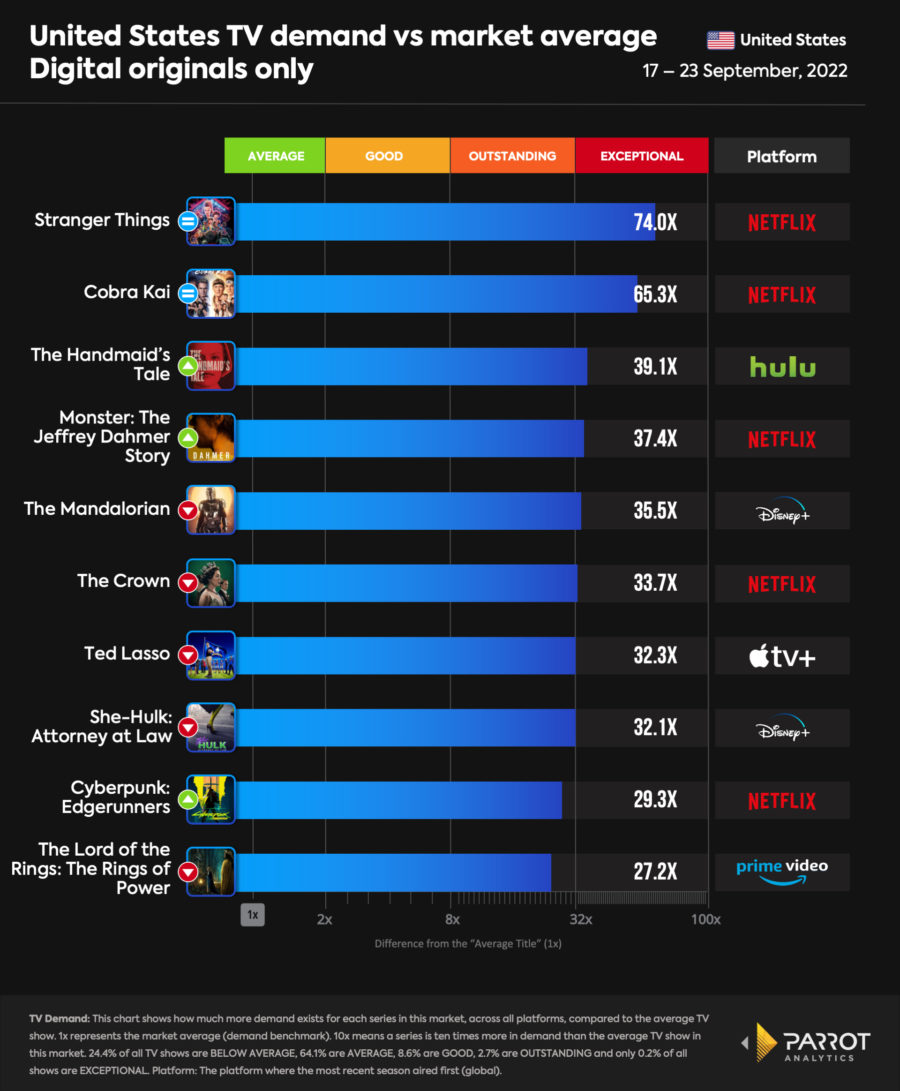