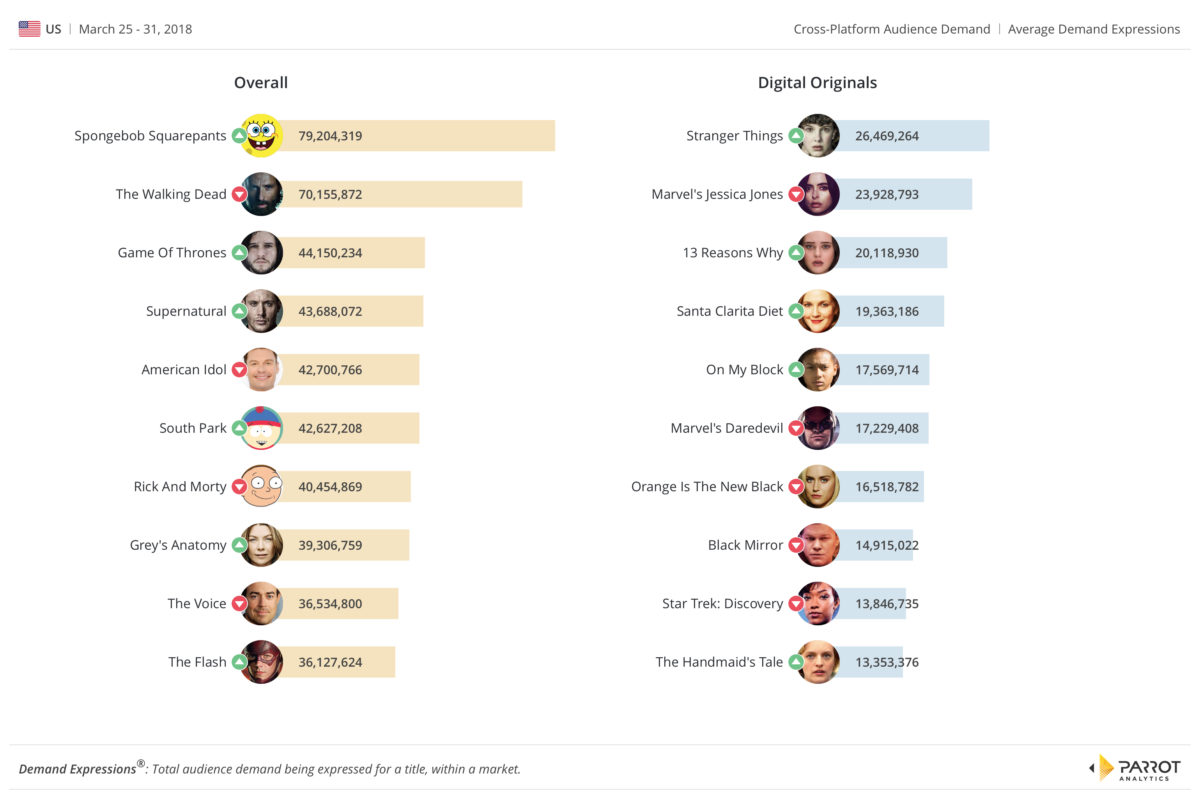 Netflix’s “Stranger Things” took the No. 1 spot on the top 10 digital originals chart for the week ended March 31, bumping Marvel’s “Jessica Jones” to No. 2 after three weeks in the top position, according to Parrot Analytics’ Demand Expressions data.

Digital original hits such as “Stranger Things,” “13 Reasons Why,” “Orange is the New Black” and “The Handmaid’s Tale” all registered an increase in demand from the prior week, Parrot data shows.

Netflix also saw two new entries in the top five. “Santa Clarita Diet” moved up to No. on the digital originals chart from No. 9 the previous week, while “On My Block” jumped to No. 5 from No. 9. Both shows saw demand rise by about 30% from the prior week.

Hulu’s “The Handmaid’s Tale” has been largely absent from the top 10 as it finished its sophomore season. But with new episodes returning April 25, the dystopian series saw its demand spike 86% – fueled, no doubt, by the March 28 release of a season three trailer. “The Handmaid’s Tale” debuted on the chart at No. 10.

On the overall TV series chart, “Spongebob Squarepants” returned to No. 1 after ceding the top spot last week to AMC’s “The Walking Dead,” now at No. 2.