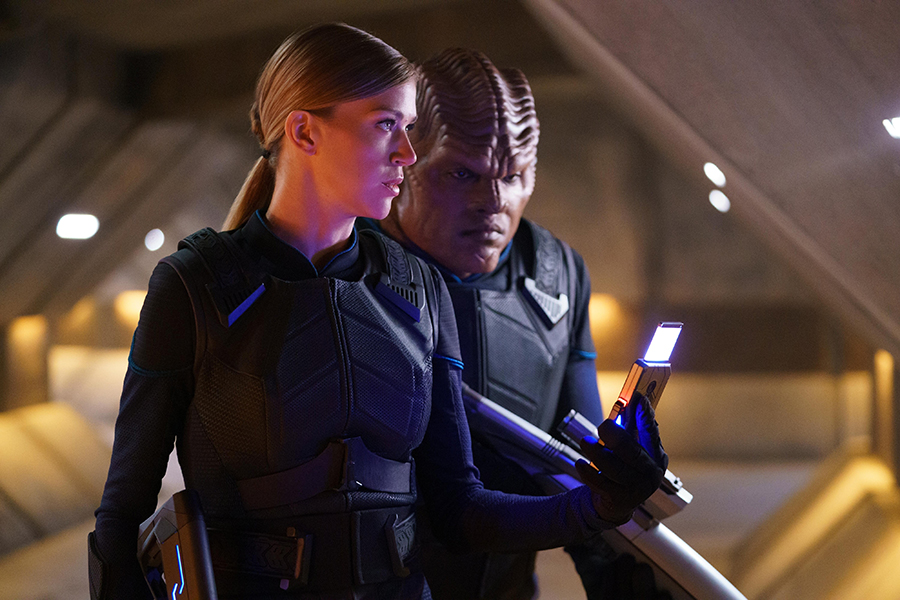 Netflix’s supernatural thriller “Stranger Things” remained No. 1 on Parrot Analytics’ digital originals U.S. rankings the week ended Aug. 12, as well as Parrot’s list of overall TV shows. The series had a 7.6% drop in demand expressions, the proprietary metric Parrot uses to gauge a show’s popularity, giving it 142.7 times the demand of an average series.

The Amazon Prime Video superhero series “The Boys” remained No. 2 on the digital originals chart. It had a 12.9% drop in demand expressions to give it 35.2 times average demand.

Seth MacFarlane’s sci-fi series “The Orville,” which made the transition from the Fox network to Hulu for its third season, remained No. 3 on the digital originals chart. It had a 1.5% rise in demand expressions to give it 35.1 times average demand. The show’s third season finale arrived available Aug. 4, and all three seasons became available on Disney+ as well as Hulu Aug. 10. Meanwhile, the show’s fans have engaged in various online efforts to support the show being renewed for a fourth season.

Rising a spot to No. 4 was Hulu’s “Only Murders in the Building.” It had 33.1 times average demand after a 2.7% rise in demand expressions. The second season finale arrives Aug. 23.

The Disney+ “Star Wars” series “The Mandalorian” slipped to No. 5 on the digital originals chart with 32.9 times average demand after a 4.8% drop in demand expressions.

The top non-streaming overall TV series in terms of online demand was “SpongeBob SquarePants,” at No. 2 with 70.5 times average demand. 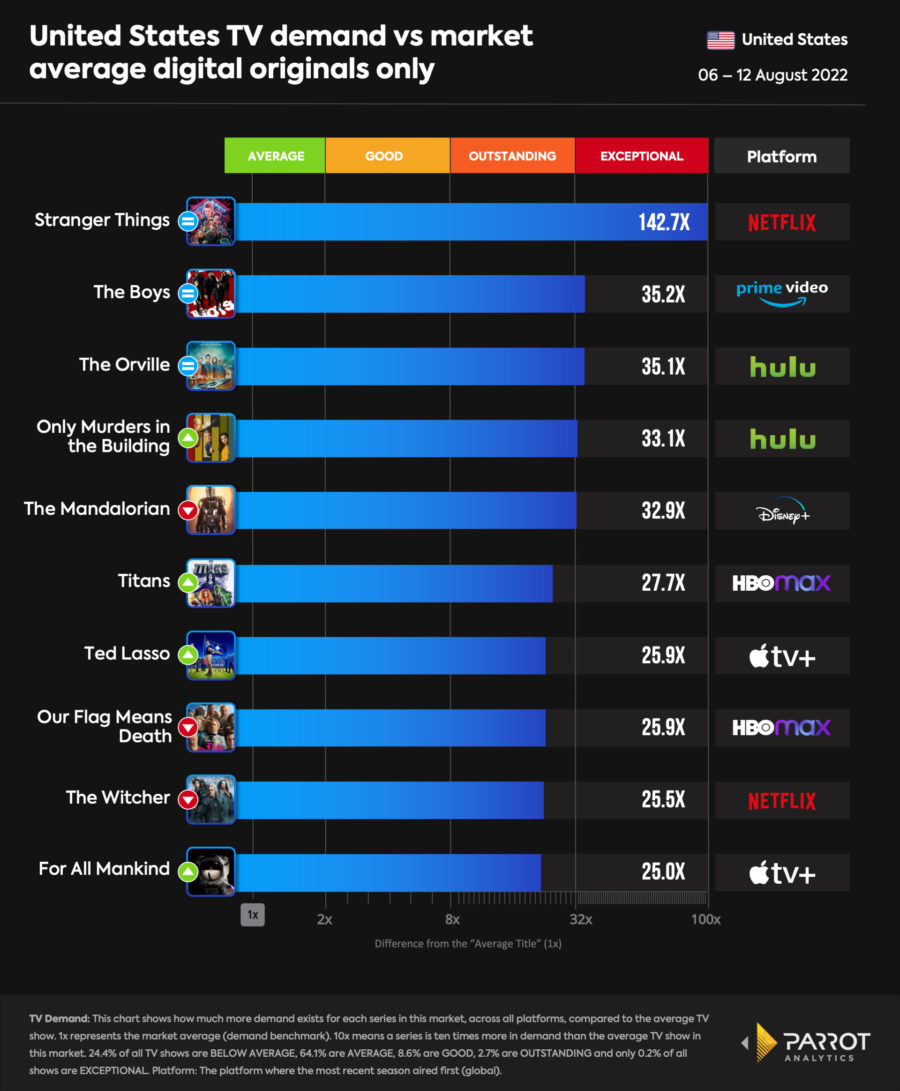