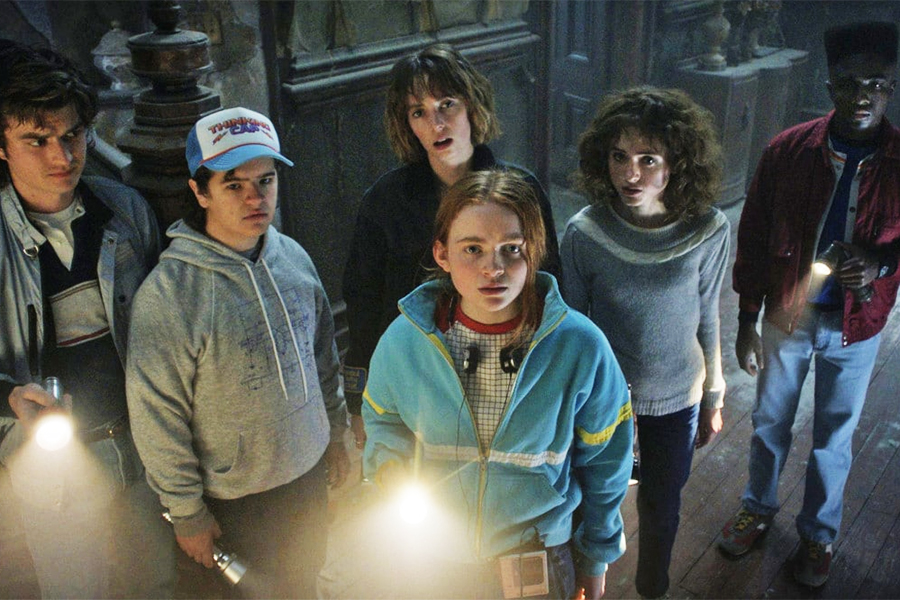 “Stranger Things,” a sci-fi fantasy series about the supernatural experiences of a group of young friends, posted a 6.57% fall in demand expressions, the proprietary metric Parrot uses to gauge a show’s popularity, tallying 52.6 times the demand of an average series. “Stranger Things” was No. 3 on Parrot’s list of overall TV shows. The fourth season of the series is set to debut May 27.

Remaining at No. 2 was HBO Max’s “Our Flag Means Death,” a comedy about a wealthy British fop who decides to become a pirate captain in the 18th century. The show posted 37.6 times average demand after a 3.68% drop in demand expressions.

Netflix’s “Bridgerton” remained at No. 3, with 34.3 times average demand after a 6.24% dip in demand expressions. The period drama from producer Shonda Rhimes is inspired by Julia Quinn’s novels and follows the eight close-knit siblings of the Bridgerton family as they seek love and happiness in London high society. Season two began streaming March 25.

The Disney+ Marvel series “Moon Knight” remained No. 4 with 34 times average demand after a o.86% drop in demand expressions. The Marvel Comics series, which started streaming in weekly episodes March 30, stars Oscar Isaac as a mild-mannered gift shop employee who finds he’s been given the powers of an Egyptian moon god.

The Disney+ “Star Wars” series “The Mandalorian” stayed No. 5 on the digital originals chart, grabbing 33.9 times average demand after a 0.88% fall in demand expressions.

The No. 1 overall TV series in terms of online demand was “SpongeBob SquarePants,” with 71.7 times average demand. 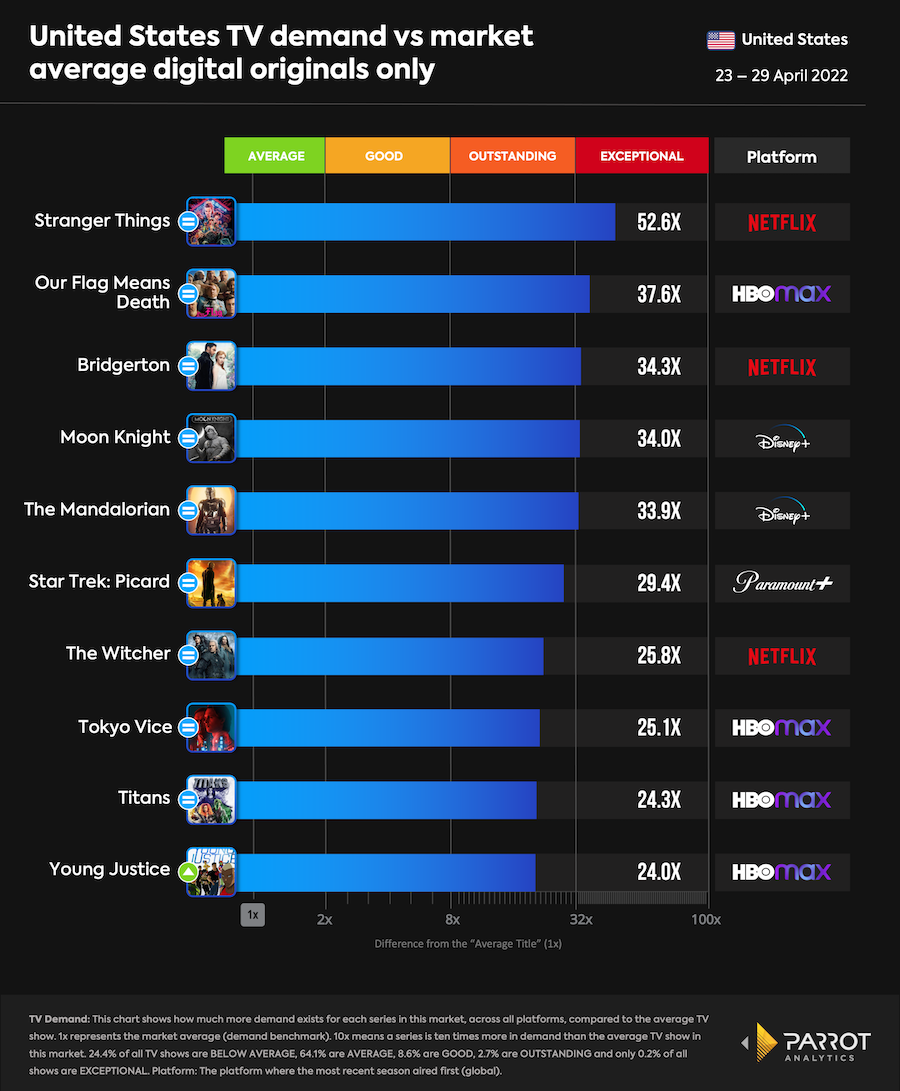