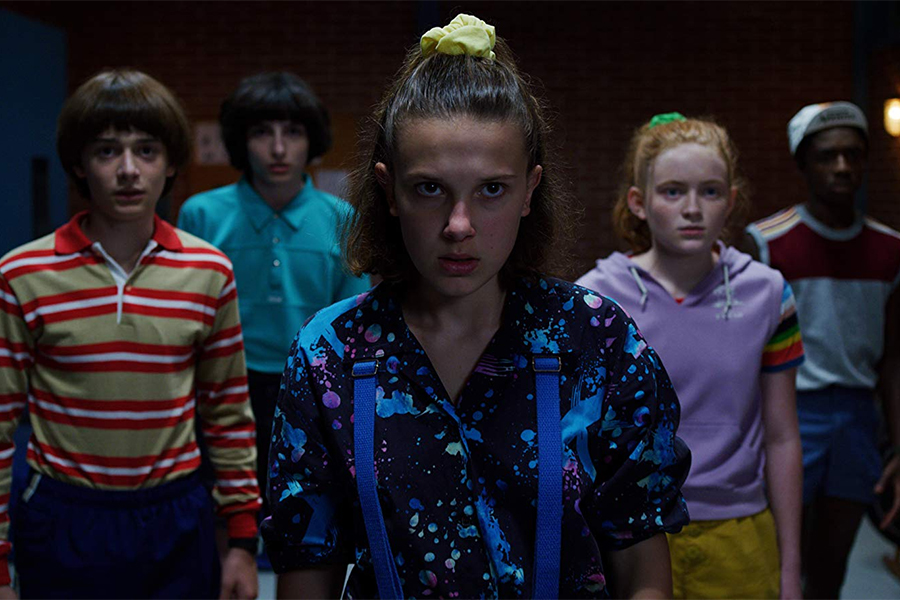 Netflix’s “Stranger Things” remained No. 1 on Parrot Analytics’ digital originals rankings the week ended March 7, its fourth-consecutive week back in the top spot.

“Stranger Things” registered 69.8 million average daily Demand Expressions, the proprietary metric used by Parrot Analytics to measure global demand for TV content. That was up 0.89% compared with the previous week.

The Disney+ “Star Wars” spinoff series “The Mandalorian” rose to No. 2 with 63.5 million expressions, up 0.7% from the previous week.

The Netflix series “Narcos” held the No. 5 spot on the originals chart, with expressions down 2.7% to 50.6 million. Parrot counts the recently released spinoff “Narcos: Mexico” as part of its parent series, under the precedent of “American Horror Story” changing its setting and subtitle each season.

Netflix’s Altered Carbon returned to the top 10 for the first time since March 2018, rising four spots to No. 9. The second season of the show was released in full by Netflix Feb. 27. Expressions for the sci-fi drama rose 40.2% to 37.4 million. With the show having made significant cast changes for the second season, U.S. demand has been almost double that of the season one release in February 2018, according to Parrot. 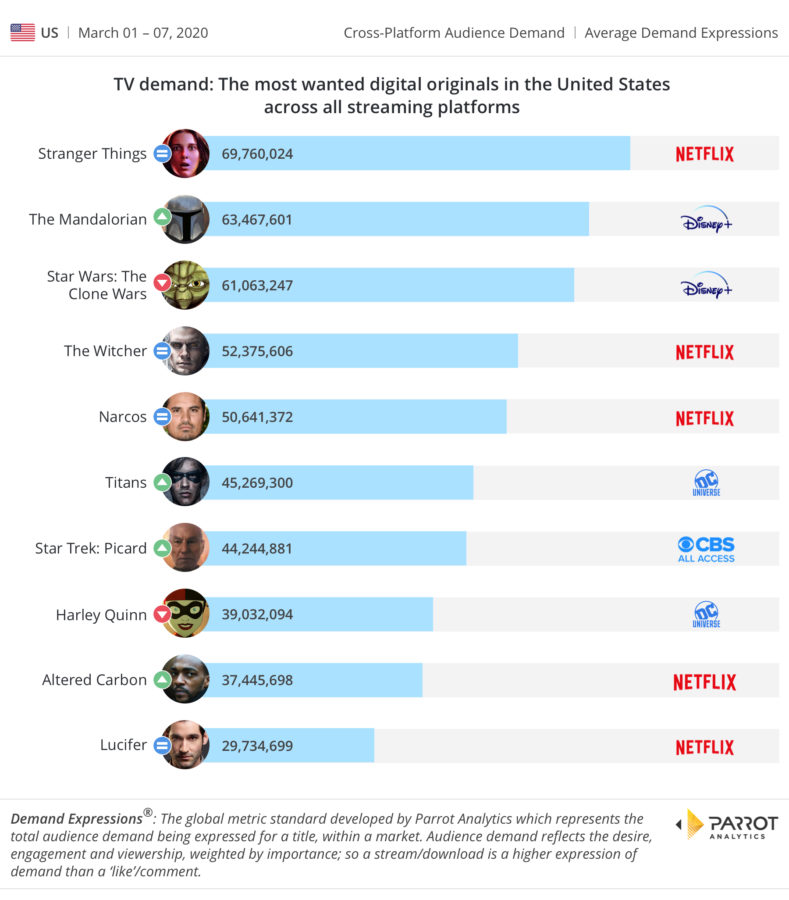