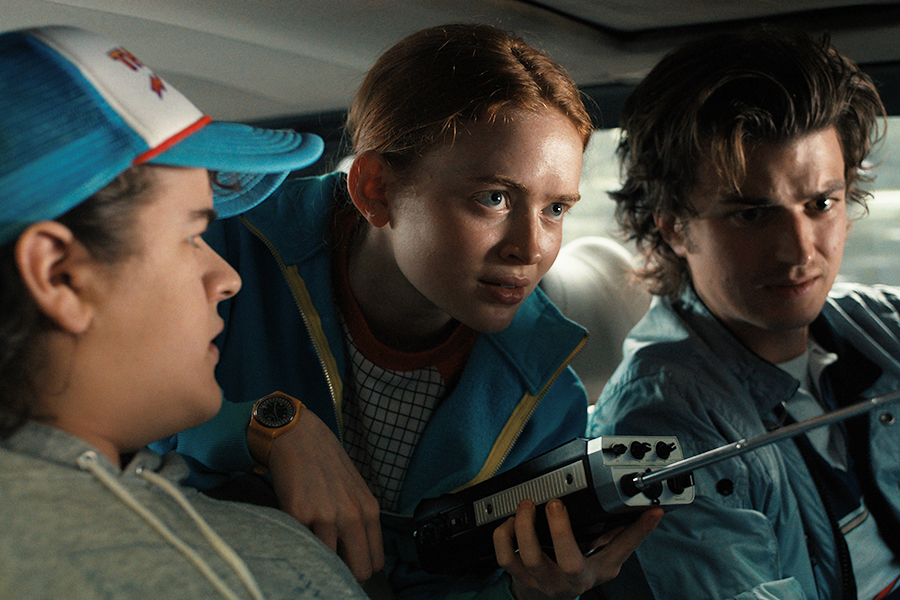 Netflix’s supernatural thriller “Stranger Things” remained No. 1 on Parrot Analytics’ digital originals U.S. rankings the week ended Oct. 28. The series had a 0.3% rise in demand expressions, the proprietary metric Parrot uses to gauge a show’s popularity, giving it 74.2 times the demand of an average series. “Stranger Things” was No. 2 on Parrot’s list of overall TV shows.

Hulu’s “The Handmaid’s Tale” moved up a spot to No. 2 with a 4.4% rise in demand expressions to give it 38.7 times average demand. The dystopian drama has been getting a bit of a boost on the charts as other digital originals arrive at their season finales and fall off a bit. The fifth season finale of “Handmaid’s Tale” is set for Nov. 9.

The Disney+ “Star Wars” series “The Mandalorian” climbed four spots to return to No. 3 on the digital originals chart. It reached 33.3 times the demand for an average series after a 1.5% drop in demand expressions.

Another Disney+ “Star Wars” spinoff, the Rogue One prequel “Andor,” rose a spot to No. 5, taking 31.4 times average demand following a 7.4% decline in demand expressions. The first season still has four episodes remaining.

Netflix’s “Cobra Kai” rose a spot to No. 4 with 32.5 times average demand after am 7.8% drop in demand expressions.

Netflix’s “The Witcher” re-entered the top 10 at No. 6, a gain of six spots in the rankings that corresponds to the news that star Henry Cavill would not return for the fourth season and will be replaced by Liam Hemsworth.

HBO Max’s superhero series “Titans” also rejoined the top 10, up three spots to No. 8, after a trailer for the upcoming fourth season set to debut Nov. 3.

The No. 1 overall TV series in terms of online demand was “Game of Thrones,” with 105.9 times average demand. 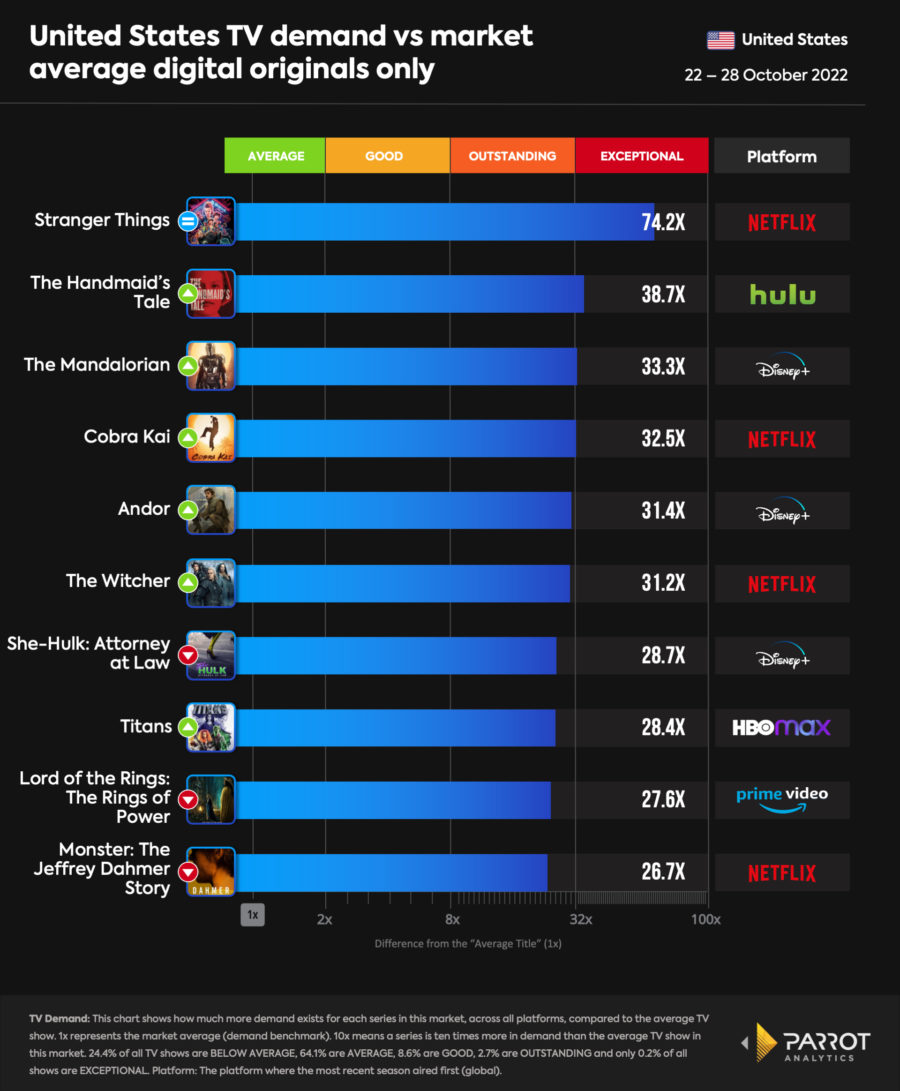