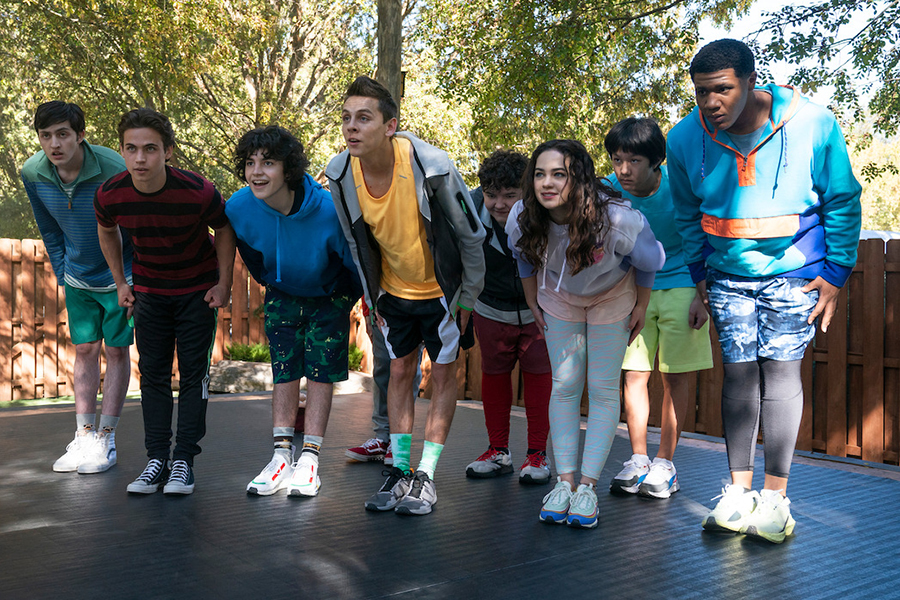 Netflix’s supernatural thriller “Stranger Things” remained No. 1 on Parrot Analytics’ digital originals U.S. rankings the week ended Sept. 9. The series had a 3.5% drop in demand expressions, the proprietary metric Parrot uses to gauge a show’s popularity, giving it 82.4 times the demand of an average series. “Stranger Things” was No. 2 on Parrot’s list of overall TV shows.

Another Netflix series, “Cobra Kai,” moved up four spots to No. 2 with 44.5 times average demand after a 49% uptick in demand expressions with the Sept. 9 premiere of all 10 episodes from the fifth season of the “Karate Kid” sequel series.

The Disney+ series “She-Hulk: Attorney at Law” slid a spot to No. 3 on the digital originals chart. The latest Marvel Comics adaptation stars Tatiana Maslany as the cousin of Bruce Banner, who accidentally gains his Hulk powers, which has major effects on her career as an attorney. The series had an 8.4% drop in demand expressions for the week of its fourth episode to give it 35.5 times the demand of an average series.

Appearing in the top 10 for the first time was Prime Video’s new fantasy prequel “The Lord of the Rings: The Rings of Power,” purportedly the most-expensive season of television ever produced, at No. 4. It had a 163% bump in demand expressions in the week following its Sept. 2 premiere, giving it 34.8 times average demand. It had been No. 57 the previous week.

The Disney+ “Star Wars” spinoff “The Mandalorian” dropped to No. 5 on the digital originals chart with a 7% rise in demand expressions and 33 times average demand. A trailer for the upcoming third season was made public at Disney’s D23 Fan Expo in Anaheim over the weekend.

Seth MacFarlane’s sci-fi series “The Orville,” which made the transition from the Fox network to Hulu for its third season, slid to No. 6 on the digital originals chart. It had an 0.6% drop in demand expressions to give it 29.9 times average demand. 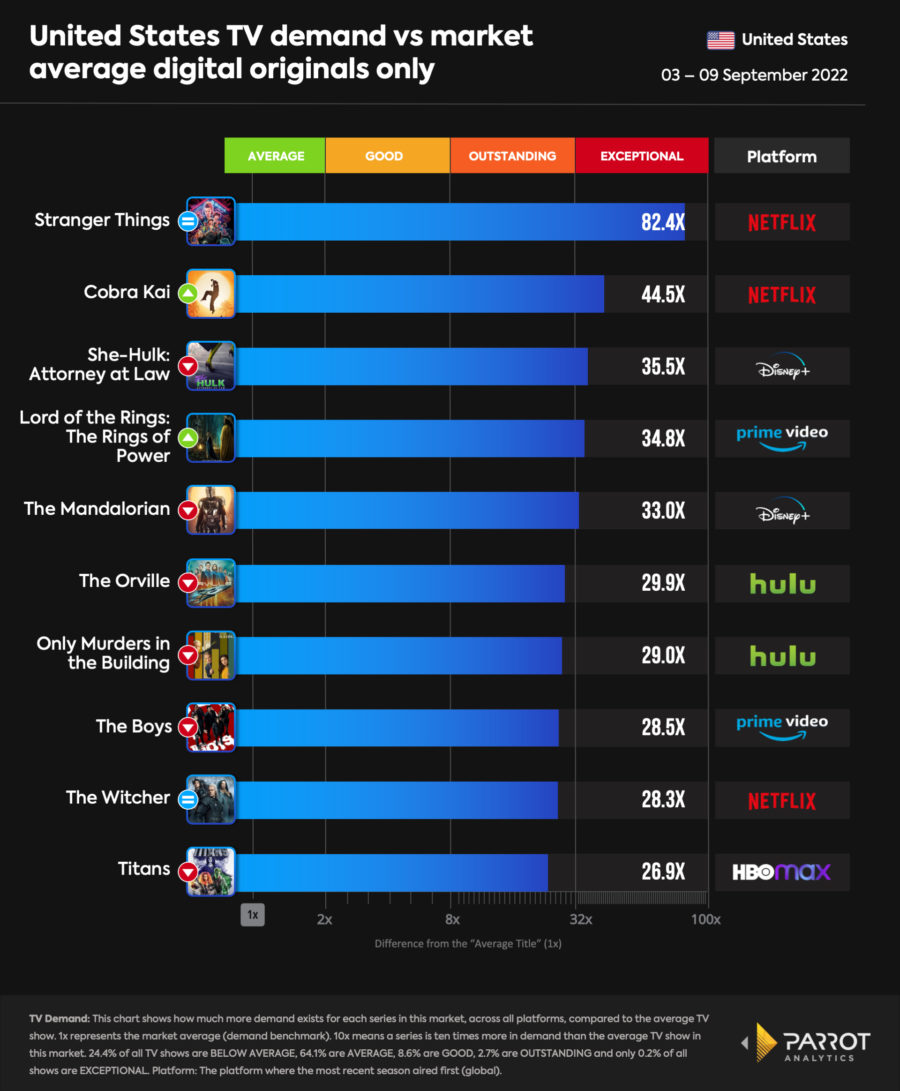