Netflix’s supernatural thriller “Stranger Things” remained No. 1 on Parrot Analytics’ digital originals U.S. rankings by a wide margin the week ended June 3, as well as Parrot’s list of overall TV shows. The series had a 105.6% rise in demand expressions, the proprietary metric Parrot uses to gauge a show’s popularity, pushing it to 210.1 times the demand of an average series. Netflix May 27 released the first seven episodes of the fourth season.

The Disney+ “Star Wars” series “The Mandalorian” remained No. 2 on the digital originals chart, grabbing 42.8 times average demand after a 13.5% rise in demand expressions. “The Mandalorian” was No. 8 on Parrot’s list of overall TV series.

The newest Disney+ “Star Wars” series, “Obi-Wan Kenobi,” finally climbed into the digital originals top 10 at No. 3. It had 39.2 times average demand after a 97.8% increase in demand following its May 27 premiere of its first two episodes, and third episode arriving June 1. “Obi-Wan Kenobi” was No. 9 on Parrot’s list of overall TV series.

HBO Max’s pirate comedy “Our Flag Means Death” remained No. 4. The show had 33.8 times average demand after a 2.6% drop in demand expressions.

The Paramount+ sci-fi series “Star Trek: Strange New Worlds” stayed No. 5, with demand expressions down 0.7% to give it 32.7 times average demand.

The top non-streaming overall TV series in terms of online demand was “SpongeBob SquarePants,” at No. 2 with 71.3 times average demand. 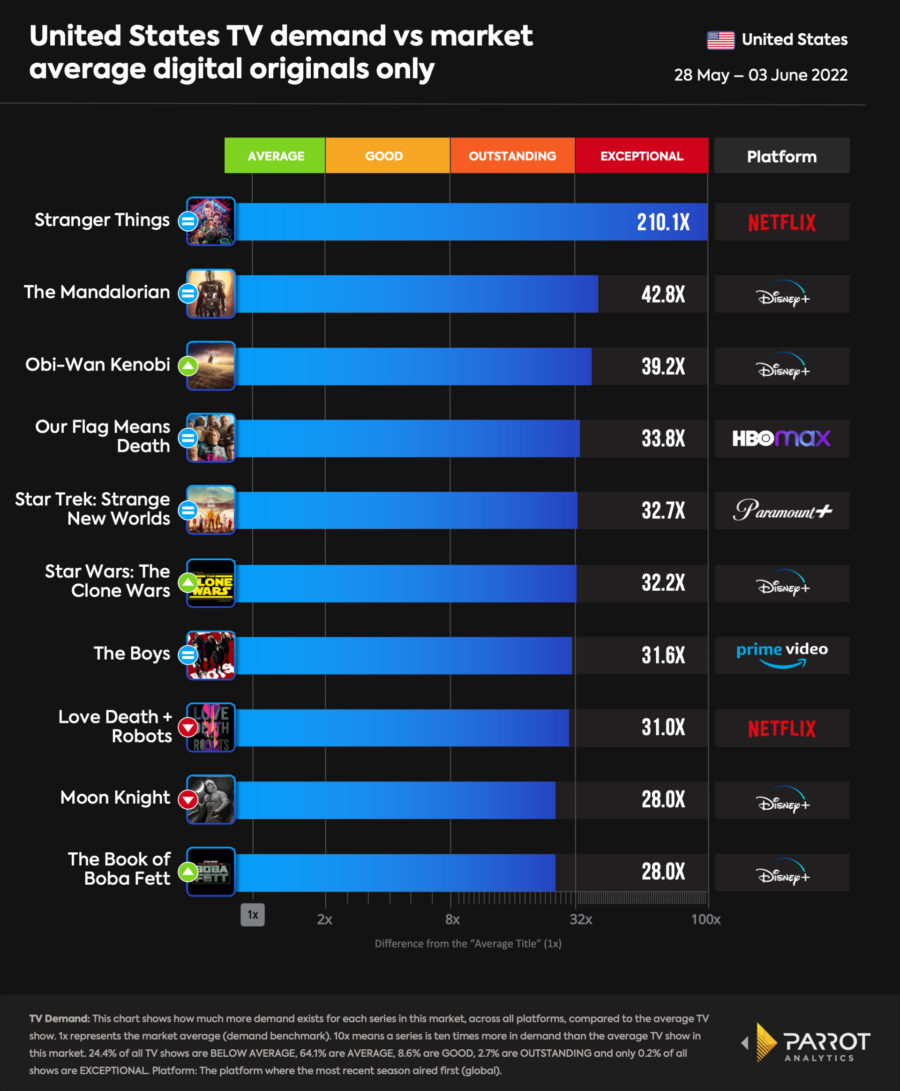