Netflix’s perennially popular “Stranger Things” remained No. 1 on Parrot Analytics’ digital originals U.S. chart the week ended Aug. 13. The series had 49.9 times the demand of an average series after a 16.1% rise in demand expressions, the proprietary metric Parrot uses to gauge a show’s popularity. “Stranger Things” was No. 3 on Parrot’s list of all TV shows.

The Apple TV+ comedy “Ted Lasso” climbed to No. 2 on the digital originals chart, pulling in 36.9 times demand for an average series after a 3.9% rise in demand expressions. The show stars Jason Sudeikis as a cheerful American football coach hired to oversee an English soccer team.

The superhero series “Titans” jumped up three spots to No. 3 after completing its move to HBO Max, where the first three episodes of the show’s third season were made available Aug. 12. This gave the show a 26.1% bump in demand expressions, pushing it to 36.8 times the demand for an average show.

“Loki,” the Marvel Cinematic Universe series from Disney+, dropped to No. 4. The series had 36.2 times the demand of an average series after a 4.3% dip in demand expressions.

The Netflix teen drama “Outer Banks” slipped a spot to No. 5 on the digital originals chart. It had 32.3 times the demand of an average show after a 0.35% drop in demand expressions. 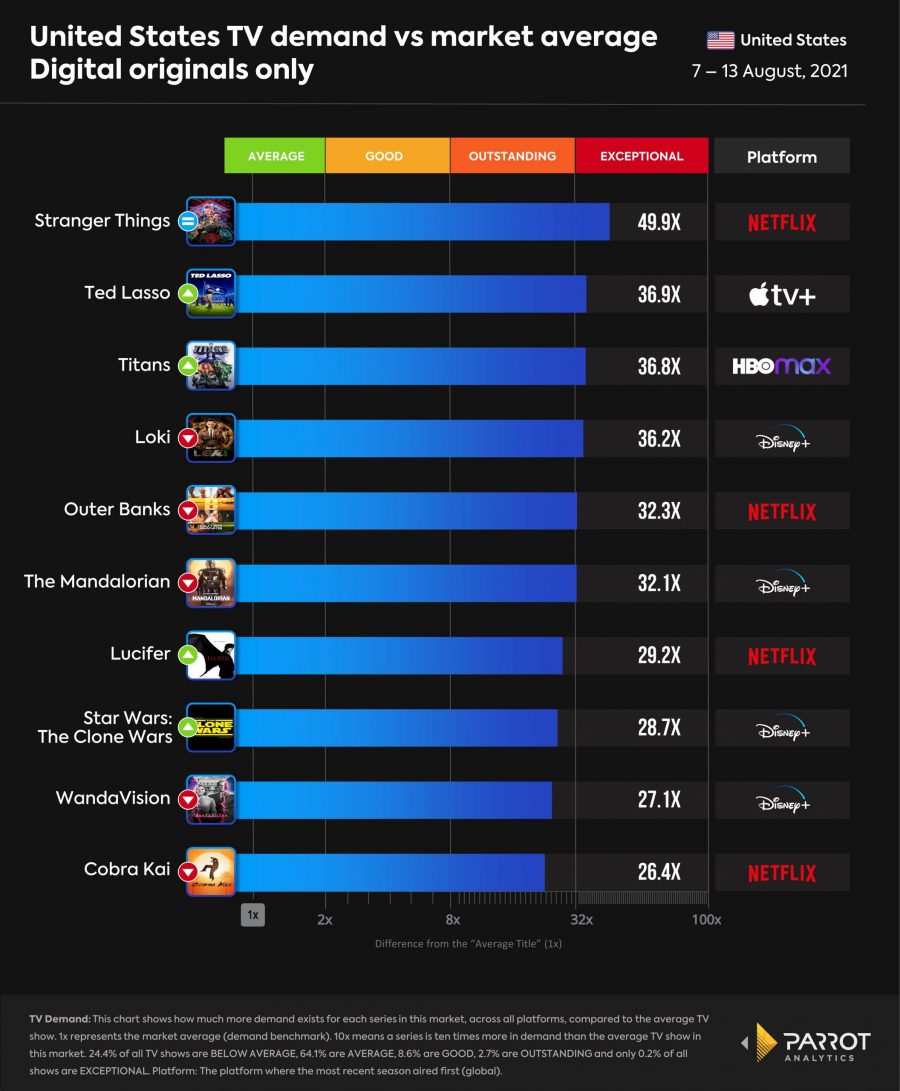