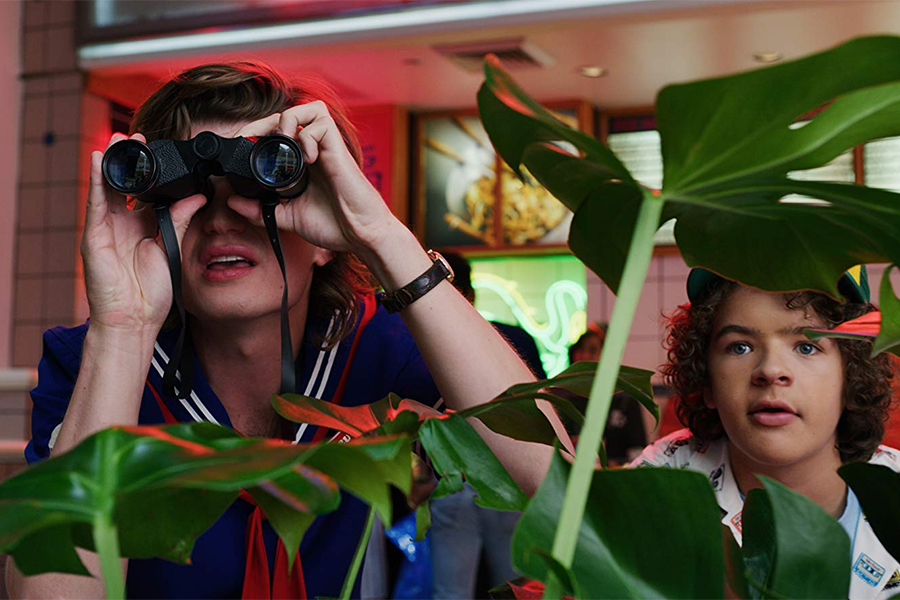 Netflix’s “Stranger Things” remained No. 1 on not only Parrot Analytics’ digital originals rankings the week ended Nov. 9, but also the data firm’s overall list of TV series from any platform, including broadcast and cable, for the 20th straight week.

For the week, “Stranger Things” registered 99.7 million average daily Demand Expressions, the proprietary metric used by Parrot Analytics to measure global demand for TV content. That was up 23% in expressions compared with the previous week, a bump likely linked to a promotional campaign by Netflix on Nov. 6, which was dubbed “Stranger Things Day.”

DC Universe’s “Titans” held onto the No. 2 spot on the digital originals chart, with expressions up 0.3% to 51.3 million.

The show with the biggest jump for the week was Netflix’s Atypical,  which jumped to No. 5 from No. 127 the previous week, with expressions up 489% to 29.7 million. The comedy, which released its third season Nov. 1, focuses on a teen on the autism spectrum. 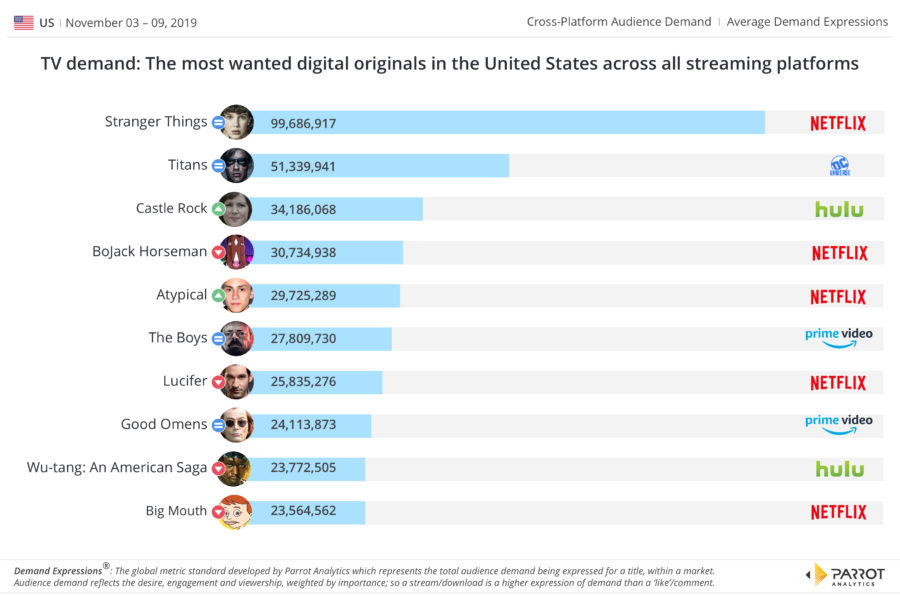