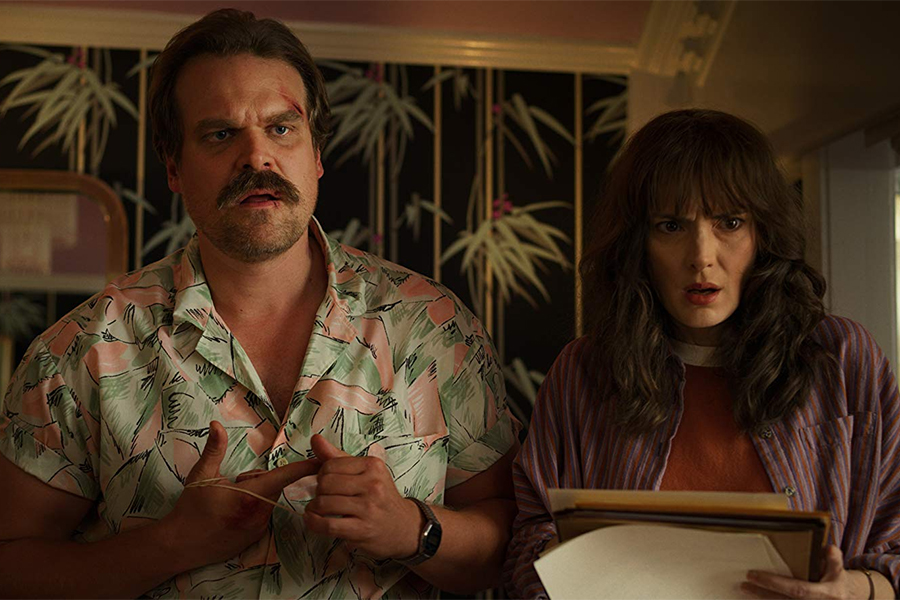 Netflix’s “Stranger Things” remained No. 1 on not only Parrot Analytics’ digital originals rankings the week ended Oct. 26, but also the data firm’s overall list of TV series from any platform, including broadcast and cable, for the 18th straight week.

For the week, “Stranger Things” registered 78.8 million average daily Demand Expressions, the proprietary metric used by Parrot Analytics to measure global demand for TV content. That was down 7.1% in expressions compared with the previous week.

DC Universe’s “Titans” held onto the No. 2 spot on the digital originals chart, with expressions down 6.7% to 49 million. The show is in the midst of its second season.

Staying at No. 3 on the digital originals chart was Netflix’s “Big Mouth,” with expressions down 26.4% to 29.2 million.

Netflix’s “Lucifer” rose three spots to No. 4, with expressions up 9.5% to 27.8 million after a photo of the upcoming fifth and final season was revealed.

Making a big rise to No. 8, from No. 22 the previous week, was Hulu’s “Castle Rock,” after the first three episodes of season two were released Oct. 23. The show’s demand expressions were up 44% to 24.6 million for the week, from 17.1 million the previous week. 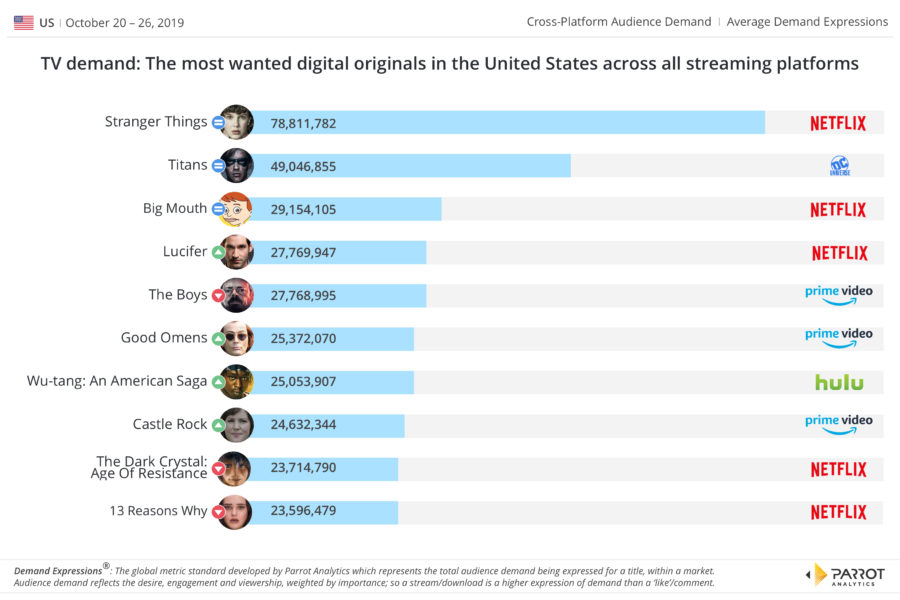