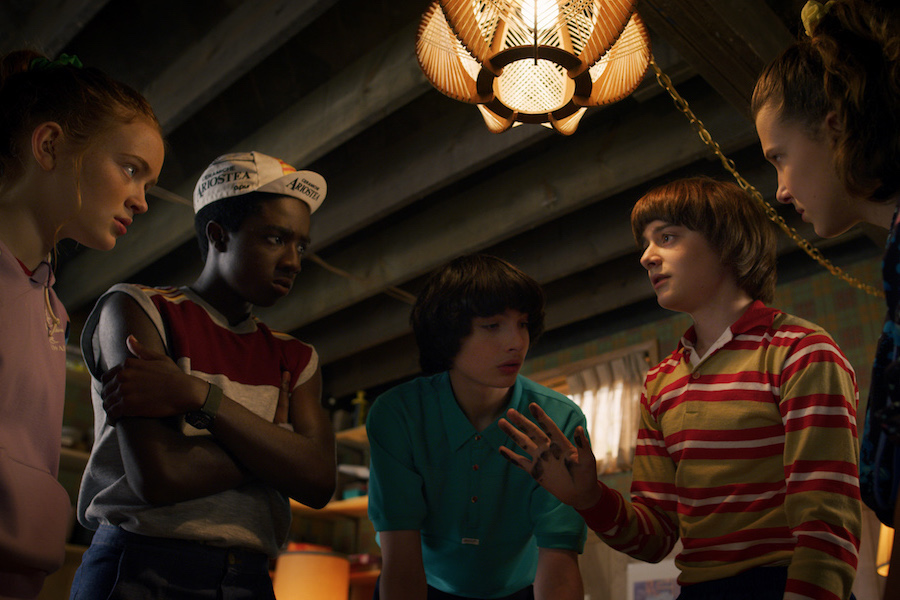 Netflix’s “Stranger Things” remained No. 1 on not only Parrot Analytics’ digital originals rankings the week ended Sept. 14, but also the data firm’s overall list of TV series from any platform, including broadcast and cable, for the 12th straight week.

For the week, “Stranger Things” registered 101 million average daily Demand Expressions, the proprietary metric used by Parrot Analytics to measure global demand for TV content. That was down 19.3% in expressions compared with the previous week.

Another Netflix series, “13 Reasons Why,” stayed at No. 2 on the digital originals chart, with expressions down 34.7% to 55.2 million.

Netflix’s “The Dark Crystal: Age of Resistance” remained at No. 3, with expressions down 8.9% to 49.2 million.

Netflix’s “Elite” jumped up No. 5 on the digital originals chart, from No. 23 a week earlier, with expressions up 154.9% to 36.1 million. All episodes of the second season of the Spanish teen drama thriller were released Sept. 6.

With “13 Reasons Why” hitting No. 5 on the overall TV chart, “Dark Crystal: Age of Resistance” at No. 7, and “Titans” at No. 8, it marks the first time that four digital originals simultaneously placed on the U.S. top 10 overall TV demand chart. 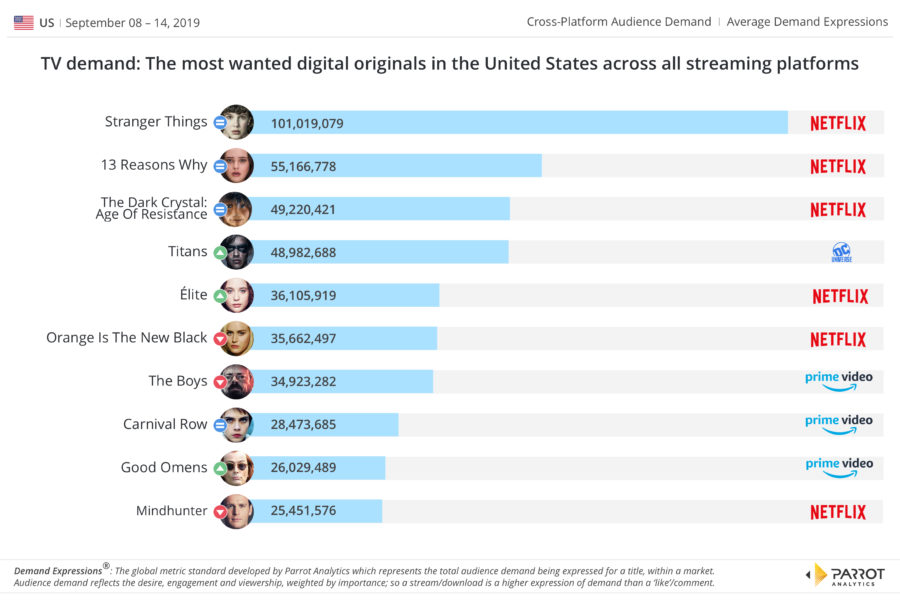