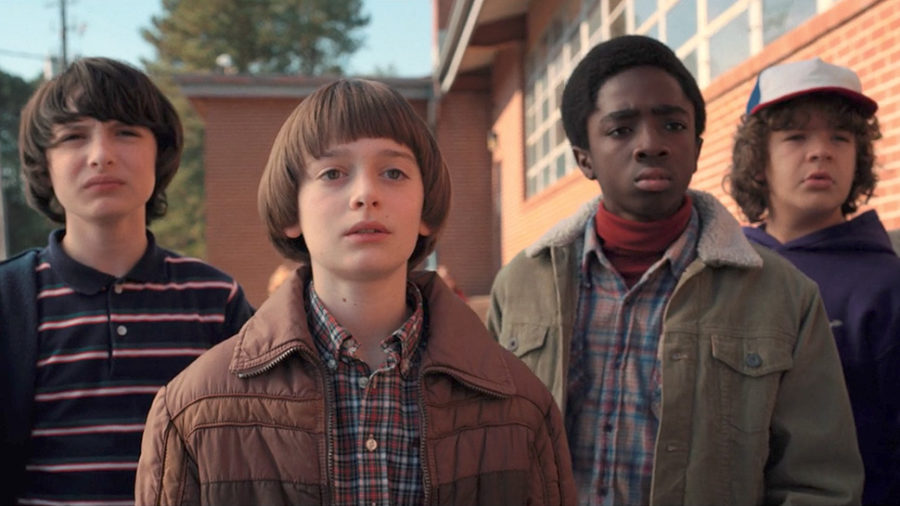 Two weeks after the launch of Season 6, “Orange Is the New Black” remains the most in-demand digital original in the United States, according to Parrot Analytics data for the week ended Aug. 11.

The women-in-prison drama series remains No. 1 on the digital originals chart, despite a 12.6% dip in demand from the previous week.

“Stranger Things,” like “Orange” a Netflix original, rose to No. 2 from No. 4 the prior week  with a 31.6% spike in demand, Parrot Analytics data shows. The increase in Demand Expressions is likely caused by executive producer Shawn Levy revealing that while the upcoming third season of the popular Netflix series will undoubtedly embrace its summer of 1985 setting, it will be both the darkest and most ambitious season of the series to date. The third season is slated to premiere in the summer 2019.

Hulu’s “Castle Rock” slipped to No. 3 from No. 2, with a 16.5% drop in demand. The horror series is based on the writings of Stephen King.

“Star Trek: Discovery,” from CBS All Access rose to No. 4 on the digital originals chart from No. 8 the previous week, with a 23.7% gain in demand.

The show will soon make the transition from subscription streaming to transactional video.  An Aug. 5 panel on the show at the Star Trek Las Vegas convention included the announcement that the first season of the show will arrive on Blu-ray Disc and DVD Nov. 13 from Paramount Home Media Distribution and CBS Home Entertainment.

Rounding out the top five on the digital originals chart for the week ended Aug. 11 was Hulu’s “The Handmaid’s Tale,” down from No. 3 the previous week. Demand is down 10.9% from the prior week.

A modest 1% rise in demand lifted “Marvel’s Daredevil” back into the top 10 (at No. 10). In a quarterly earnings call with investors, outgoing Netflix CFO David Wells confirmed the inaugural Marvel Netflix digital original will return later this year. Filming on Season 3 began in November 2017. 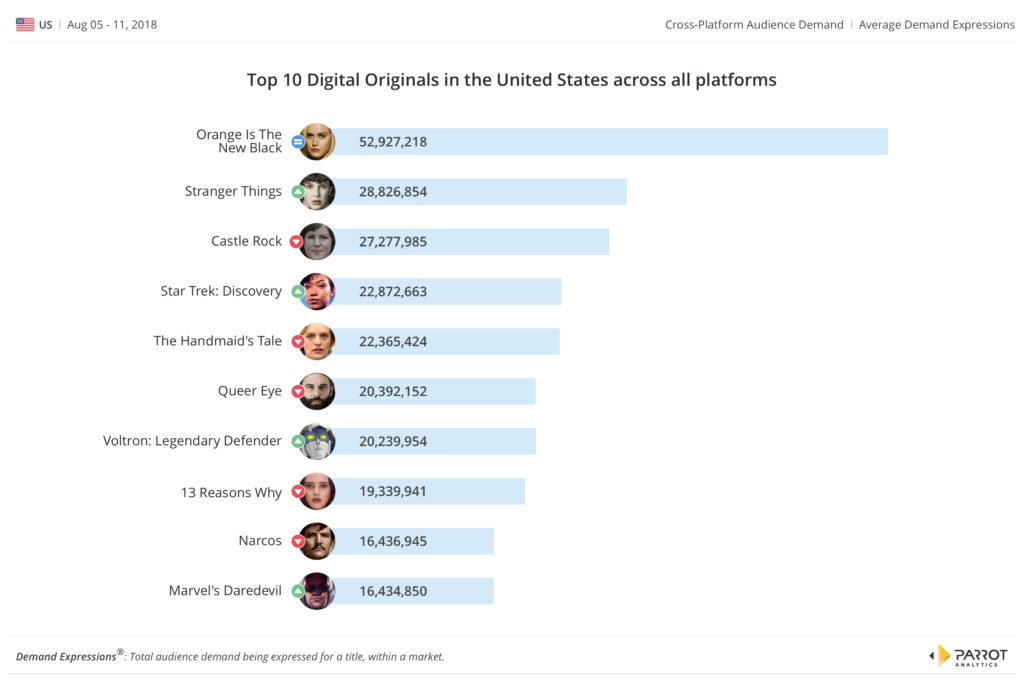