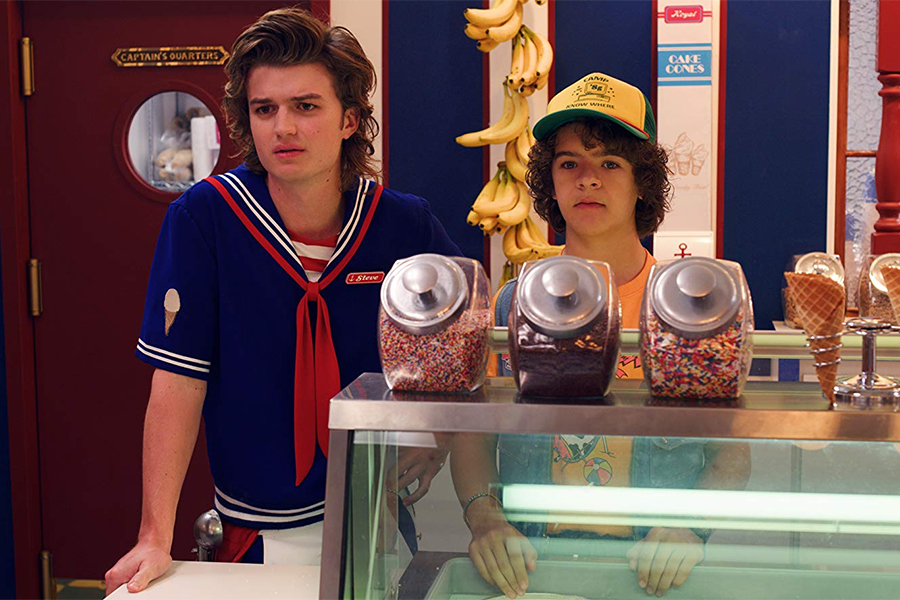 The popular series had dropped to No. 2 the previous week, but was back on top of the digital originals chart with 64.7 times the demand of the average series. Demand for the show was actually down 1.7% from the previous week.

The previous week’s top title, Netflix’s “13 Reasons Why,” dropped to No. 2 after a 19% drop in demand expressions, the proprietary metric used by Parrot Analytics to measure demand for TV content. It was 64.6 times more in demand than the average show.

The Disney+ live-action “Star Wars” series “The Mandalorian” remained No. 3 for the week, earning 49.8 times average demand with expressions down 2.3%.

The DC Universe platform’s “Harley Quinn” animated series climbed a spot to No. 4, with a 10.7% rise in expressions and 45.7 times demand over the average. The finale of season two debuts June 26.

The Disney+ animated series “Star Wars: The Clone Wars” dropped to No. 5 with 42.9 times average demand and expressions down 3.6%.

DC Universe’s “Doom Patrol” climbed to No. 8 from No. 28 the previous week after a new trailer for its upcoming second season, which begins June 25. It had 31.7 times average demand, with expressions up 58%.

Another DC Universe show, “Stargirl,” also cracked the top 10 for the first time, moving to No. 9, from No. 12 the previous week. The latest series based on DC Comics characters is technically a digital original, since its episodes debut on the DC Universe platform a day before they air on the CW. “Stargirl” had 30.1 times average demand and was up 0.25% in expressions.

The top overall TV series was again Nickelodeon’s “SpongeBob SquarePants,” with 100.3 times average demand. “Stranger Things” was No. 5 on the overall TV list. 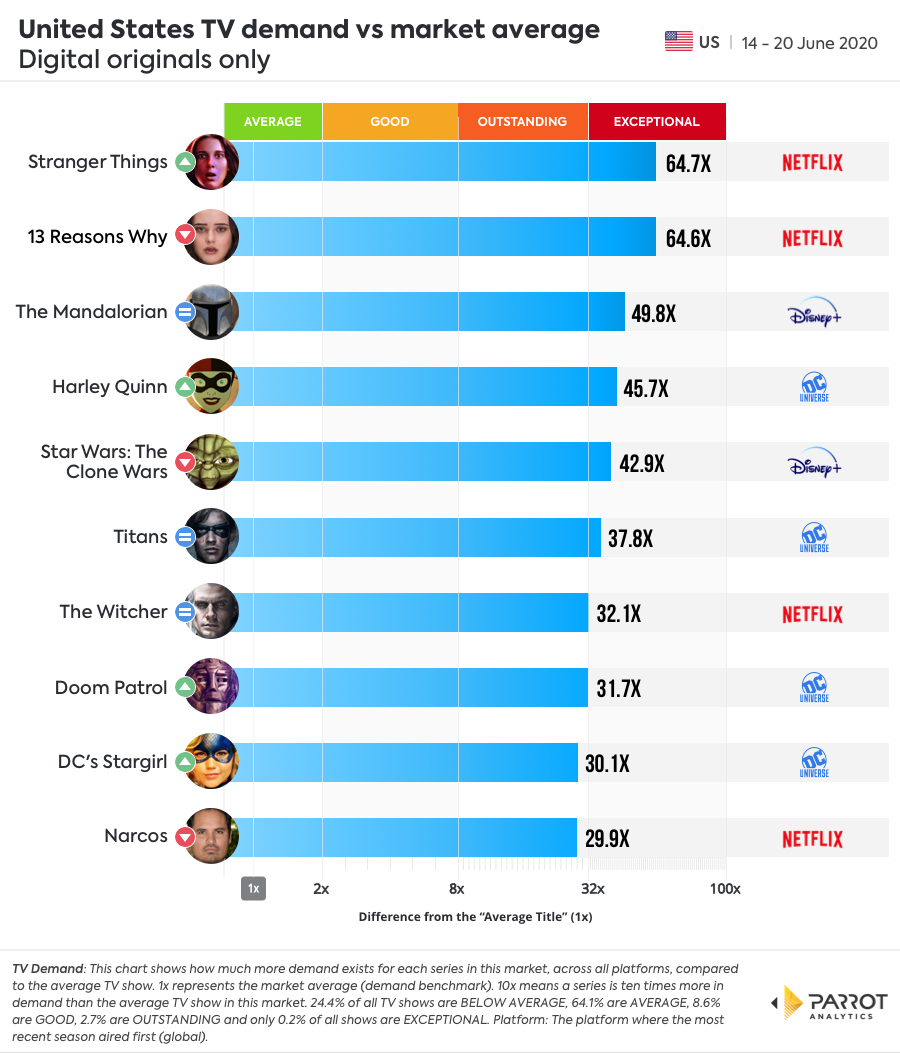