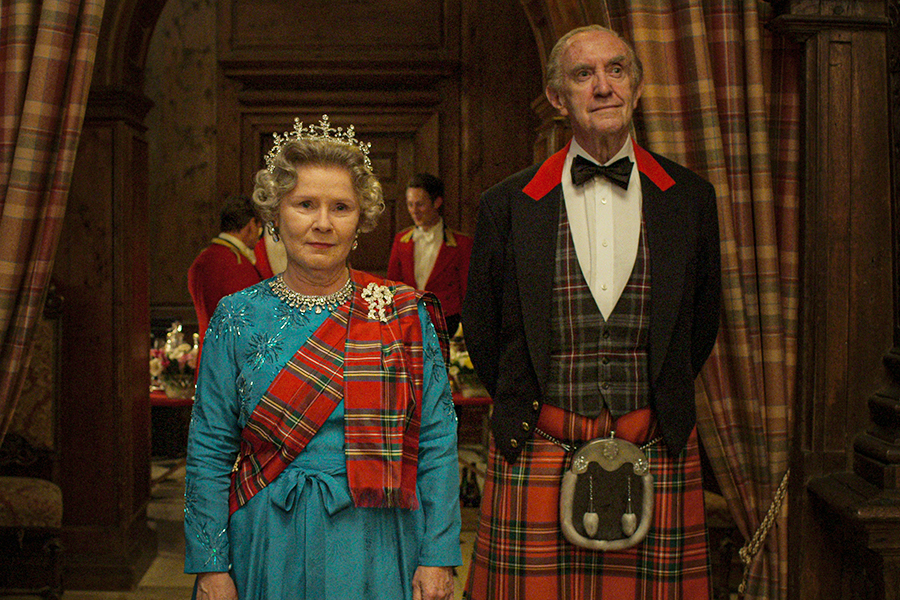 Netflix’s supernatural thriller “Stranger Things” remained No. 1 on Parrot Analytics’ digital originals U.S. rankings the week ended Nov. 11. The series had a 0.6% drop in demand expressions, the proprietary metric Parrot uses to gauge a show’s popularity, giving it 74.8 times the demand of an average series. “Stranger Things” was No. 2 on Parrot’s list of overall TV shows.

Hulu’s “The Handmaid’s Tale” rose a spot to No. 2 with a 4.4% increase in demand expressions coinciding with its fifth season finale Nov. 9, giving it 40.4 times the demand of an average series.

Netflix’s “The Witcher” fell a spot to No. 3, dropping 17.8% in expressions to give it 37 times average demand.

The Disney+ “Star Wars” spinoff “Andor” held steady at No. 5, taking 35.1 times average demand following a 5.8% rise in demand expressions as the show nears the end of its first season.

Netflix’s “The Crown” returned to the top 10 at No. 7, up from No. 24 the previous week. The release of all 10 episodes from the fifth season, featuring a new cast as the show explores the British royal family’s tumultuous life in the 1990s, gave the show a 58.9% jolt in demand expressions and 31.1 times average demand.

The No. 1 overall TV series in terms of online demand was “Game of Thrones” with 80.9 times average demand. 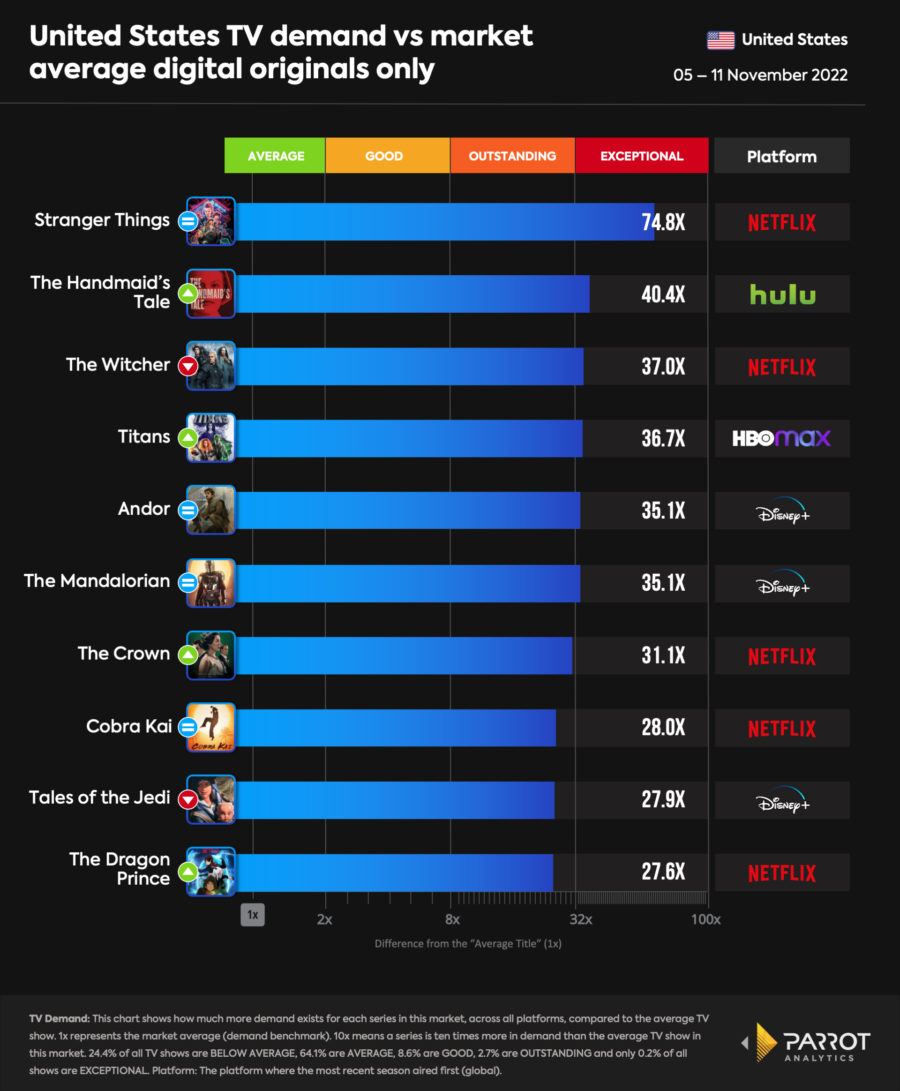