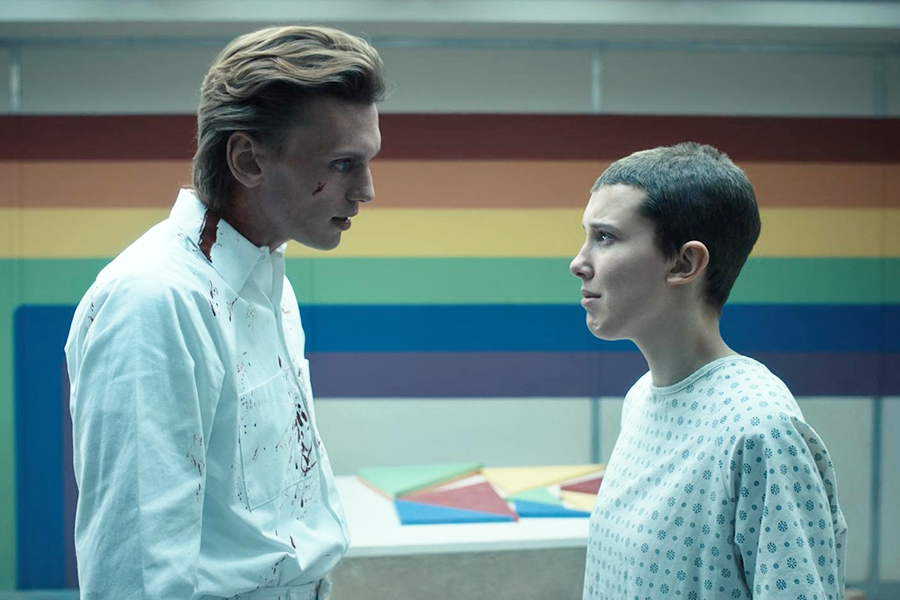 Netflix’s supernatural thriller “Stranger Things” remained No. 1 on Parrot Analytics’ digital originals U.S. rankings by a wide margin the week ended June 10, as well as Parrot’s list of overall TV shows. The series had a 1.7% rise in demand expressions, the proprietary metric Parrot uses to gauge a show’s popularity, pushing it to 212.9 times the demand of an average series.

The Amazon Prime Video superhero series “The Boys” rose five spots to No. 2 on the digital originals chart following the June 3 premiere of its third season. It had a 68.2% spike in demand expressions gave it 53 times average demand. “The Boys” was No. 3 on Parrot’s list of overall TV series.

The Disney+ “Star Wars” series “The Mandalorian” slid to No. 3 on the digital originals chart, grabbing 40.5 times average demand after a 5% drop in demand expressions. “The Mandalorian” was No. 9 on Parrot’s list of overall TV series.

The newest Disney+ “Star Wars” series, “Obi-Wan Kenobi,” slid a spot to No. 4 despite a 2.4% rise in demand expressions for the week. It had 40 times average demand and was No. 10 on Parrot’s list of overall TV series.

HBO Max’s pirate comedy “Our Flag Means Death” was down a spot to No. 5. The show had 33.3 times average demand after a 0.9% drop in demand expressions as a second season was announced.

The top non-streaming overall TV series in terms of online demand was “SpongeBob SquarePants,” at No. 2 with 74.9 times average demand. 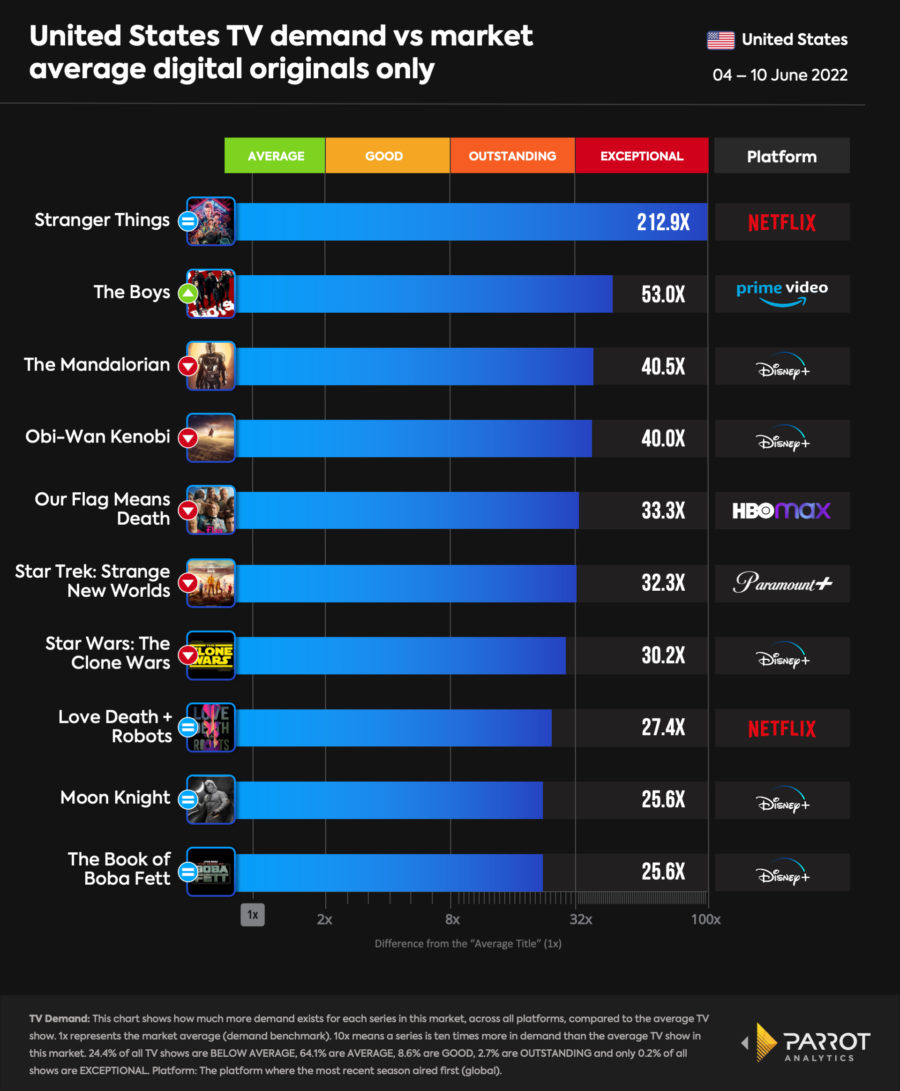