Netflix’s perennially popular “Stranger Things” remained in the No. 1 spot on Parrot Analytics’ digital originals U.S. chart the week ended May 15. It had 46.7 times the demand of an average series after a 5% drop in demand expressions, the proprietary metric Parrot uses to gauge a show’s popularity. It was No. 6 on Parrot’s list of all TV shows after a trailer for the fourth season was released.

The Disney+ live-action “Star Wars” series “The Mandalorian” remained No. 2, garnering 36.3 times the demand of the average show after a 2.3% drop in demand expressions. It was No. 9 on the list of overall TV shows.

Another Disney+ “Star Wars” series, the animated “The Clone Wars,” had a 0.5% drop in demand expressions but remained No. 3 with 35.9 times average demand. It was No. 10 on the list of overall TV shows.

Hulu’s “The Handmaid’s Tale” rose two spots to No. 4, registering 32.6 times average demand after a 4.9% drop in demand expressions.

Another Disney+ MCU series, “The Falcon and the Winter Soldier,” dropped a spot to No. 6 with a 12.3% dip in demand expressions, giving it 31 times the demand of an average series.

The No. 1 overall TV series in terms of online demand was “Saturday Night Live,” with 73.9 times average demand. 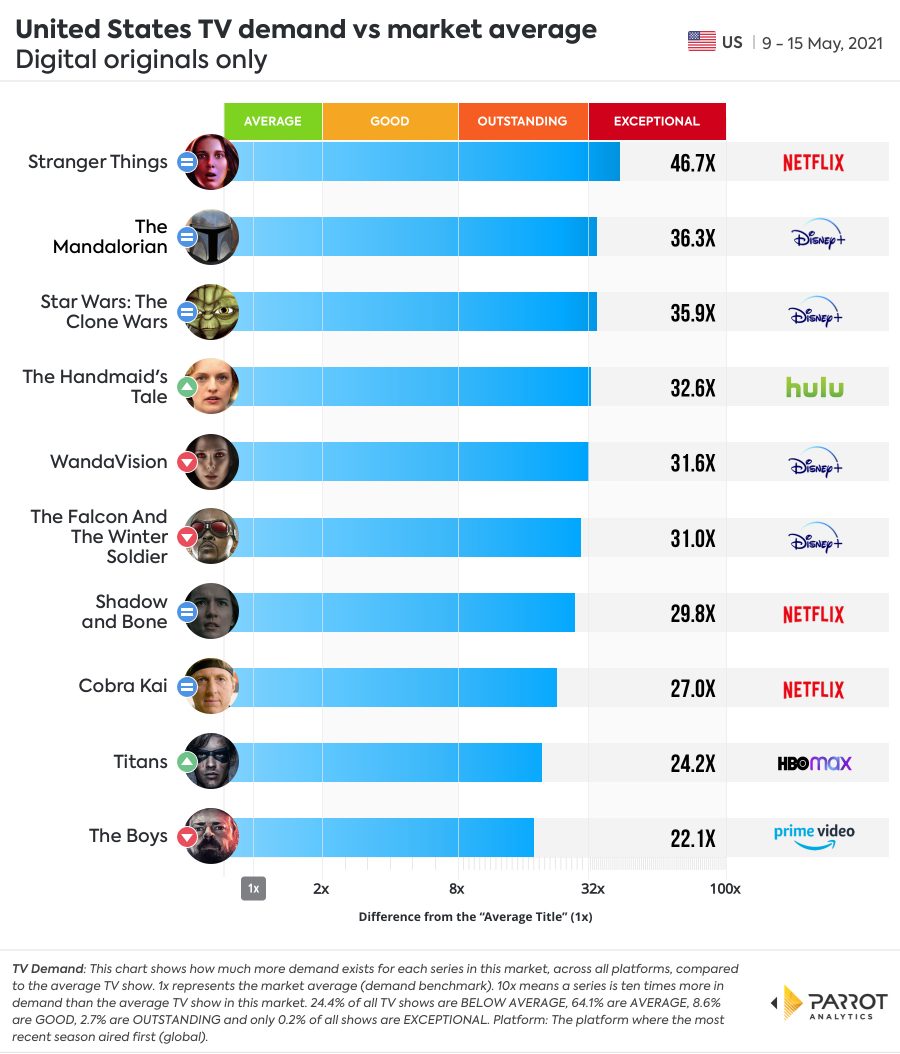