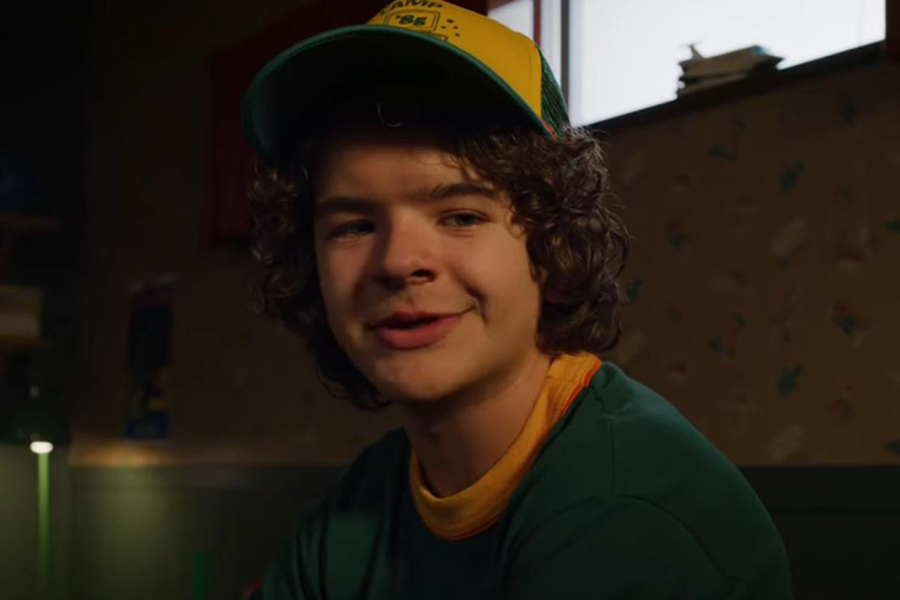 Netflix’s “Stranger Things” remained No. 1 on Parrot Analytics’ digital originals rankings the week ended March 21, its sixth-consecutive week back in the top spot.

“Stranger Things” registered 69.2 million average daily Demand Expressions, the proprietary metric used by Parrot Analytics to measure global demand for TV content. That was down 0.3% compared with the previous week.

Netflix’s “On My Block” rose six spots to No. 3, with expressions up 64% to 54.6 million. The third season of the teen drama was released March 11.

The Disney+ “Star Wars” series “The Mandalorian” slipped to No. 4 with 54.1 million expressions, down 1.9% from the previous week.

Netflix’s “Elite” made the biggest jump into the top 10, rising from No. 20 to No. 8 with 40.9 million expressions, up 90.3% from the previous week. The third season of the teen drama from Spain was released March 13. 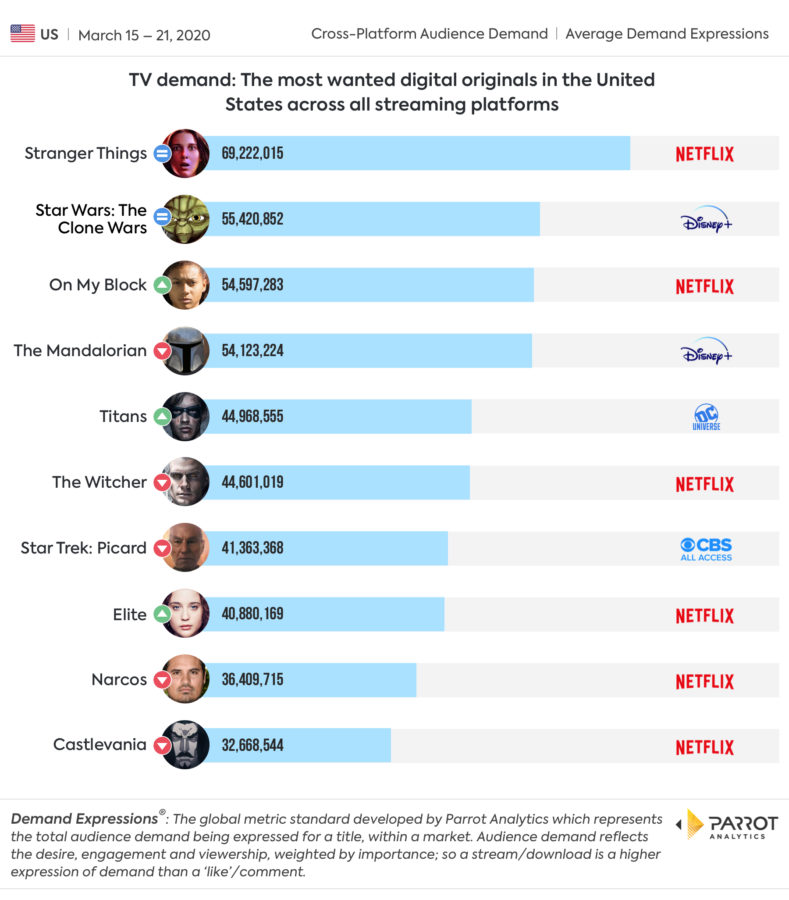