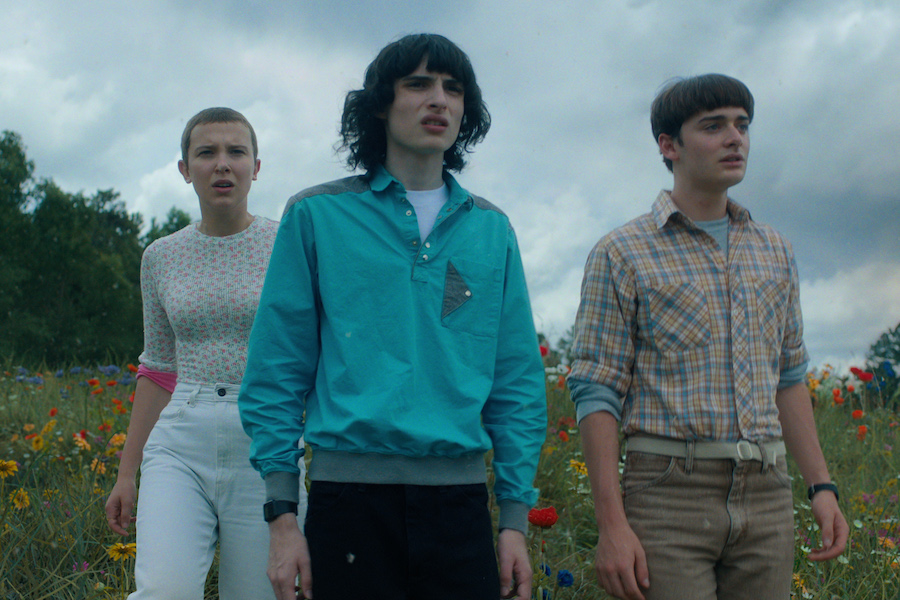 “Stranger Things” continued to lead the streaming originals chart as part two of season four of the Duffer Brothers’ science-fiction horror drama started streaming July 1. In the season, the friends are separated for the first time, navigating the complexities of high school. Meanwhile, a new and horrifying supernatural threat surfaces, presenting a gruesome mystery that, if solved, might finally put an end to the horrors of the Upside Down.

Doctor Strange in the Multiverse of Madness, which began streaming on Disney+ June 22, is a Marvel Comics-based sequel with Benedict Cumberbatch returning as Doctor Stephen Strange, master of the mystic arts. Strange meets a teenage girl from a parallel world who has the power to travel between the multiverses.

Debuting at No. 2 on the streaming movies chart was the documentary Girl in the Picture, which started streaming on Netflix July 6. The true crime story follows the mystery surrounding a young girl.

Dropping from No. 2 to No. 3 on the streaming movies chart was The Man From Toronto, an action comedy starring Kevin Hart and Woody Harrelson that debuted on Netflix June 24.

Rising from No. 3 to No. 2 on the streaming originals charts was “The Boys,” a black comedy series based on the comic book of the same name that follows the battle against abusive superheroes. Season three started streaming on Prime Video June 3.

Falling from No. 2 to No. 3 on the streaming originals chart was “The Umbrella Academy,” season three of which premiered on Netflix June 22. The series, based on the comic book series of the same name, follows a group of adopted siblings with superpowers. Season three picks up following their adventure in Dallas, as they find themselves in an altered timeline.