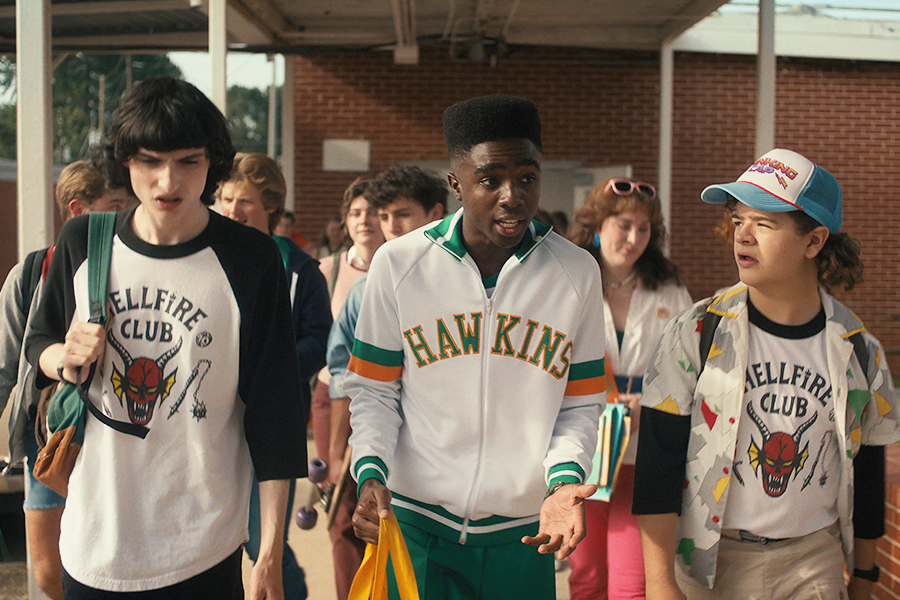 Netflix’s supernatural thriller “Stranger Things” remained No. 1 on Parrot Analytics’ digital originals U.S. rankings the week ended June 24, as well as Parrot’s list of overall TV shows. The series had a 1.8% rise in demand expressions, the proprietary metric Parrot uses to gauge a show’s popularity, giving it 190.8 times the demand of an average series.

The Amazon Prime Video superhero series “The Boys” remained No. 2 on the digital originals chart as its third season continues. It had 1.6% drop in demand expressions to give it 58.7 times average demand. “The Boys” was No. 3 on Parrot’s list of overall TV series.

The Disney+ “Star Wars” series “The Mandalorian”rose to No. 3 on the digital originals chart, grabbing 38 times average demand after a 0.9% drop in demand expressions.  “The Mandalorian” was No. 10 on Parrot’s list of overall TV series.

The newest Disney+ “Star Wars” series, “Obi-Wan Kenobi,” dropped a spot to No. 4 with a 6.4% drop in demand expressions. It had 37 times average demand. Strangely, Parrot’s demand expressions tracker found “Obi-Wan” being passed by “Mandalorian” despite its highly anticipated season finale premiering June 22, while “Mandalorian” hasn’t had a new episode in more than a year.

Netflix’s “The Umbrella Academy” climbed from No. 16 to No. 5 after the June 22 release of its third season gave it a 51.7% increase in demand expressions and 35.5 times the average series demand.

FX’s “The Old Man” had a big surge, seeing a 178.4% rise in demand expressions after the June 23 episode, giving it 25.3 times average demand. The thriller series based on the 2017 novel of the same name by Thomas Perry stars Jeff Bridges and John Lithgow, and premiered June 16, with episodes also available on Hulu. That would have put it at No. 9 on the digital originals chart, from No. 117 a week earlier, but Parrot reclassified the series as not a true digital original since episodes premiere on FX.

The top non-streaming overall TV series in terms of online demand was “SpongeBob SquarePants,” at No. 2 with 72.5 times average demand. 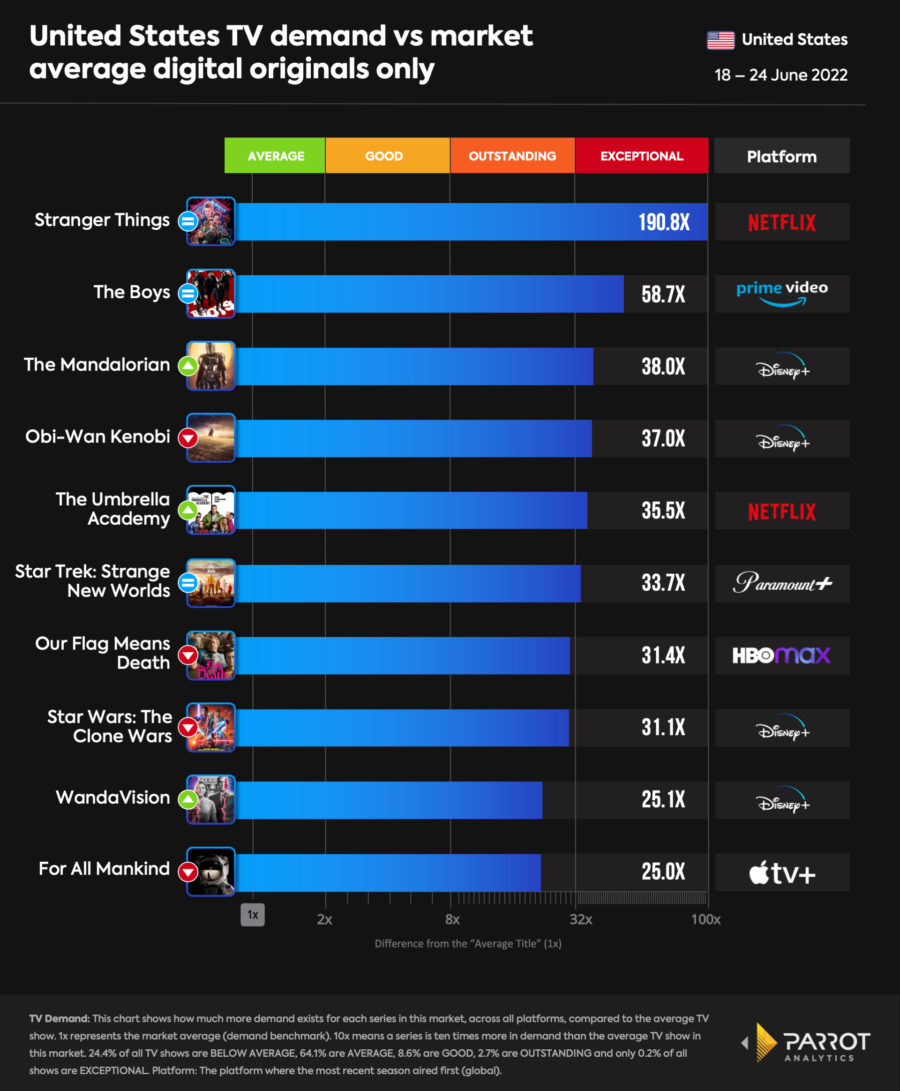