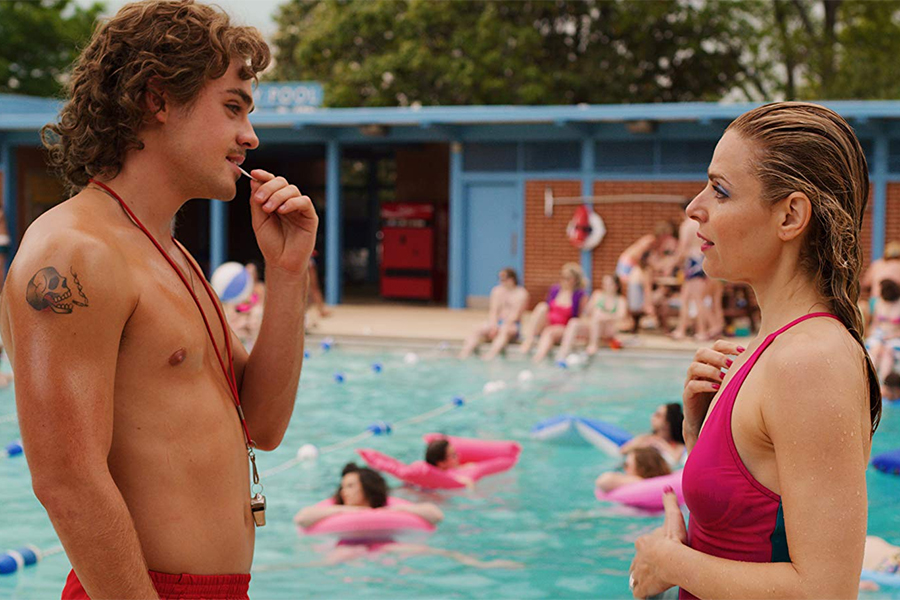 “Stranger Things,” which was No. 3 the previous week, had 61 times more demand in the United States than the average TV show in the market based on average daily Demand Expressions, the proprietary metric used by Parrot Analytics to measure demand for TV content. Parrot changed its charts to reflect the relative demand metric in a given week, rather than the objective raw expressions number.

The previous week’s most in-demand digital original, the Disney+ animated series “Star Wars: The Clone Wars,” slid to No. 2 after four weeks in the top spot. It was 60.7 times more in-demand over the average.

Another Disney+ “Star Wars” spinoff series, the live-action “The Mandalorian,” slipped to No. 3 with 51.9 times average demand.

The DC Universe animated series “Harley Quinn” rose two spots to No. 4 with 40 times the demand.

The superhero series “Titans,” a chart mainstay from the DC Universe streaming service, dropped to No. 5, drawing 39.3 times the average demand.

The biggest leap onto the top 10 was Netflix’s “She-Ra and the Princesses of Power,” climbing to No. 10 from No. 28 the previous week. It had 29.2 times average demand.

The top overall TV series was Nickelodeon’s “SpongeBob SquarePants” with 86.3 times average demand. “Stranger Things” was No. 6 on the overall TV list. 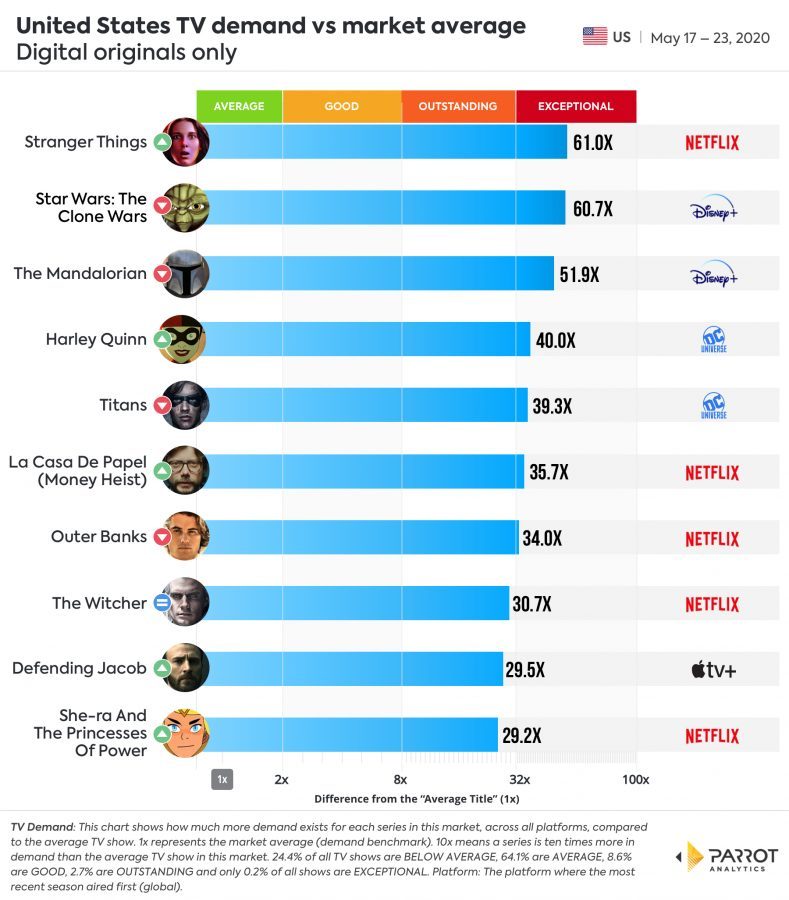