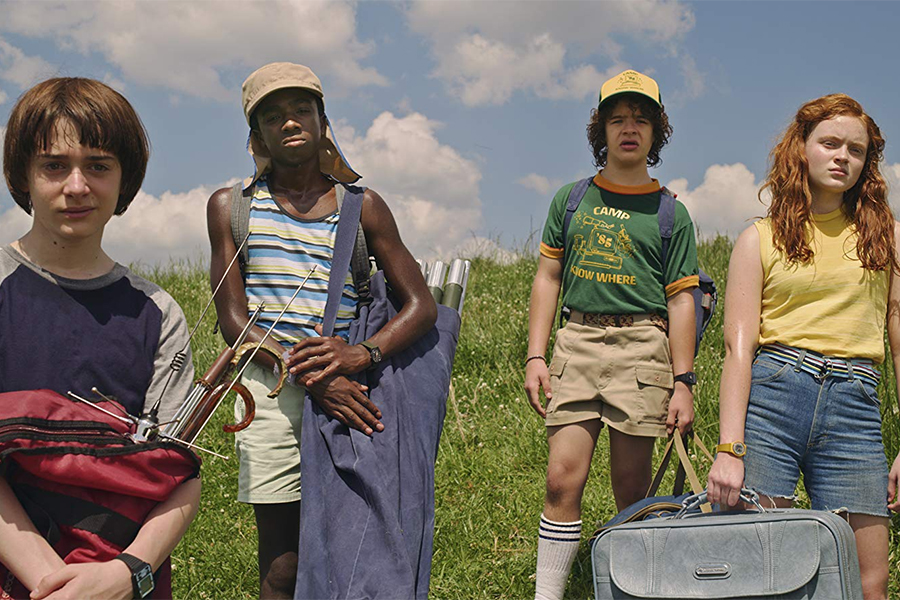 Netflix’s perennially popular “Stranger Things” returned to the No. 1 spot on Parrot Analytics’ digital originals U.S. chart the week ended June 19. The series had 40.3 times the demand of an average series after a 1.2% drop in demand expressions, the proprietary metric Parrot uses to gauge a show’s popularity. It was No. 8 on Parrot’s list of all TV shows.

Netflix’s “Lucifer,” the top series on the digital originals chart the previous two weeks, dropped to No. 2 with a 17.7% dip in demand expressions, registering 37.6 times average demand. It was No. 10 on the overall TV chart.

“Loki,” the latest Marvel Cinematic Universe series from Disney+, moved up three spots to No. 3 on the originals chart after a 31.3% rise in demand expressions, giving it 36.2 times average demand.

The Disney+ live-action “Star Wars” series “The Mandalorian” dropped a spot to No. 4 on the digital originals chart, garnering 35.5 times the demand of the average show after a 0.1% rise in demand expressions.

Hulu’s “The Handmaid’s Tale” slid a spot to No. 5 on the digital originals chart, registering 35.1 times average demand after a 5.6% rise in demand expressions after the fourth-season finale was released June 16.

The No. 1 overall TV series in terms of online demand was “SpongeBob SquarePants,” with 64.6 times average demand. 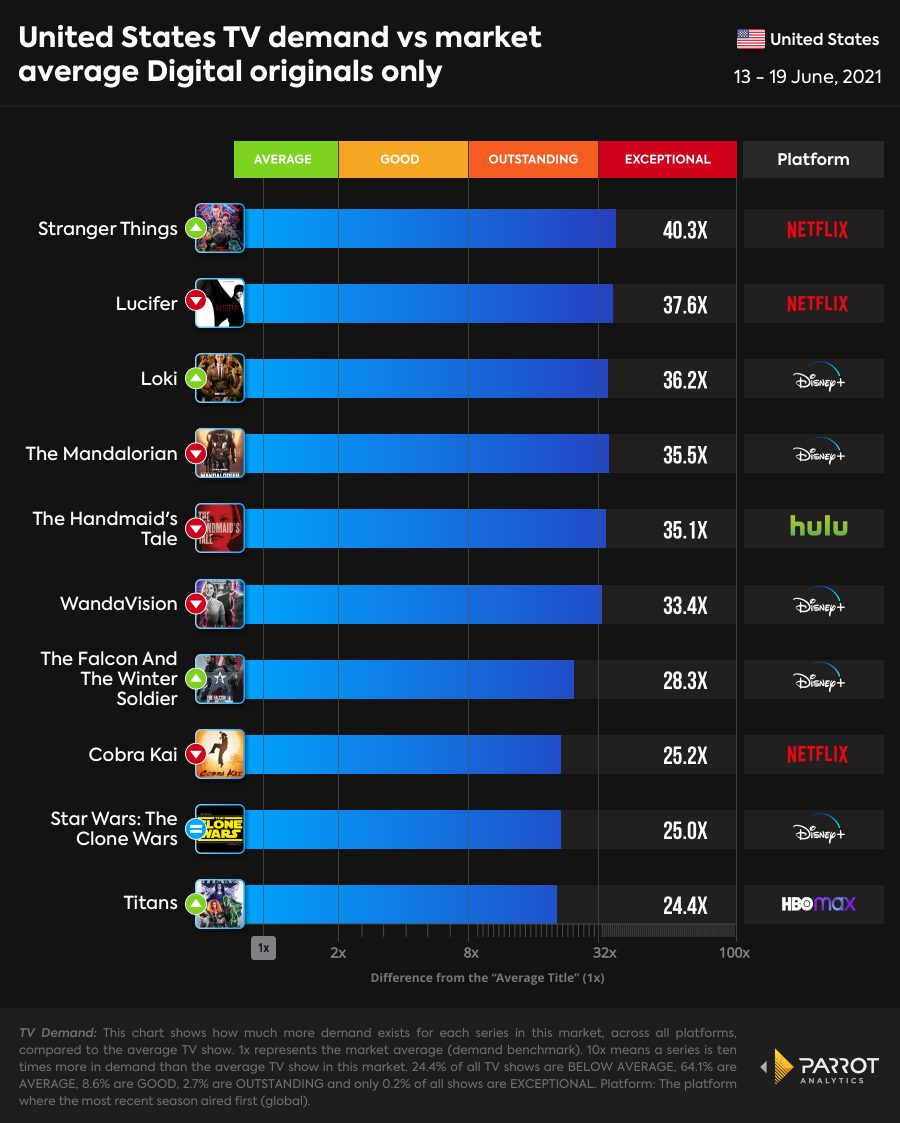