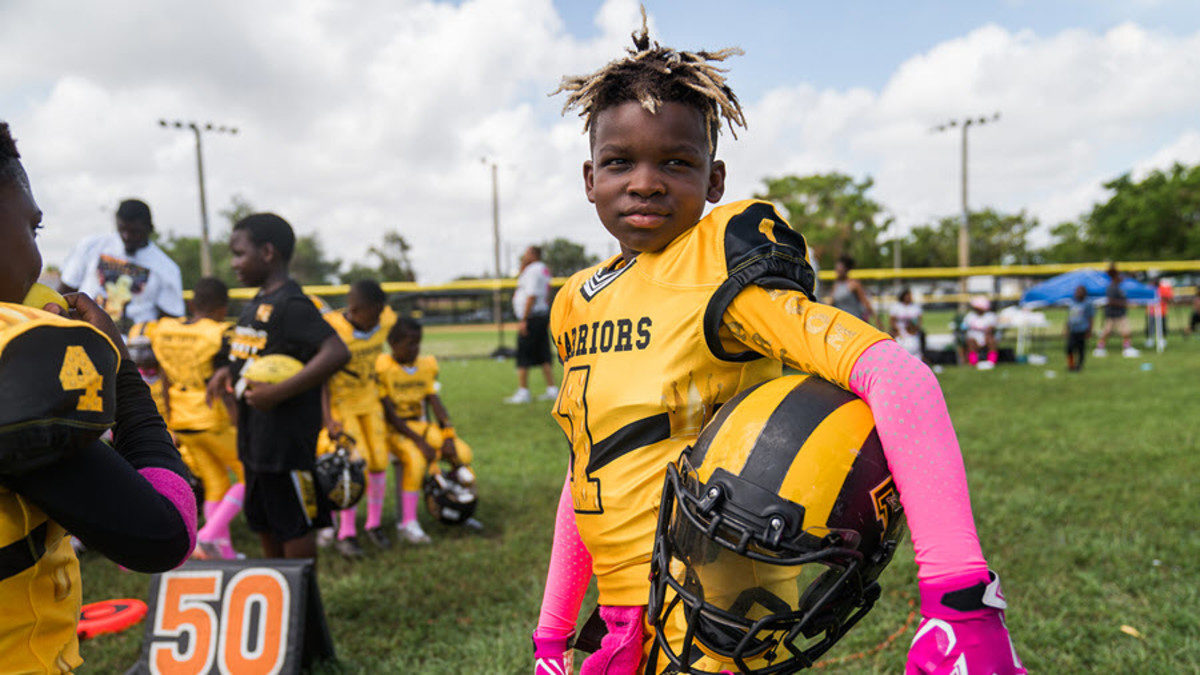 Lionsgate-owned Starz Sept. 4 announced that the premiere episode of the new unscripted six-part series “Warriors of Liberty City” will be available on the Starz App and VOD platforms Sept. 9 — one week ahead of its linear pay-TV debut on Sept. 16 at 8 p.m. ET/PT. Each subsequent episode will be available across all digital and on-demand platforms one week prior to the linear airing.

“Warriors of Liberty City” explores Liberty City, a marginalized neighborhood in Miami that is arguably the NFL’s largest, most successful football factory.

Before Liberty City native Barry Jenkins won his Oscar award for Moonlight, the city was best known for producing some of the biggest names in football, including Devonta Freeman, Antonio Brown, Duke Johnson and Teddy Bridgewater.

Beyond football, the Liberty City Warriors Optimist Club is a youth organization that sponsors sports teams, dance, cheerleading, tutoring and academic support. Life, like football, is a contact sport, and for the kids and family of Liberty City, being a Warrior holds the key to both.

“Warriors of Liberty City” made its world premiere with the first episode at the 2018 SXSW Festival in the “episodic” category, making it the first documentary series to be accepted into the category.

The series is created by Evan Rosenfeld, with LeBron James, Maverick Carter and Jamal Henderson for SpringHill Entertainment (Starz Original Series “Survivor’s Remorse,” “The Wall”); Pam Healey, Dan Peirson and Ted Skillman for Shed Media (“Genius Junior,” “Who Do You Think You Are?”), a division of Warner Bros. Unscripted & Alternative Television; and Luther Campbell also serving as executive producers.

Starz recently made the first two episodes of the 10-part docuseries “America to Me” available on its app and VOD platforms with subsequent episodes hitting the platforms a week prior to their debut on the Starz linear channel.