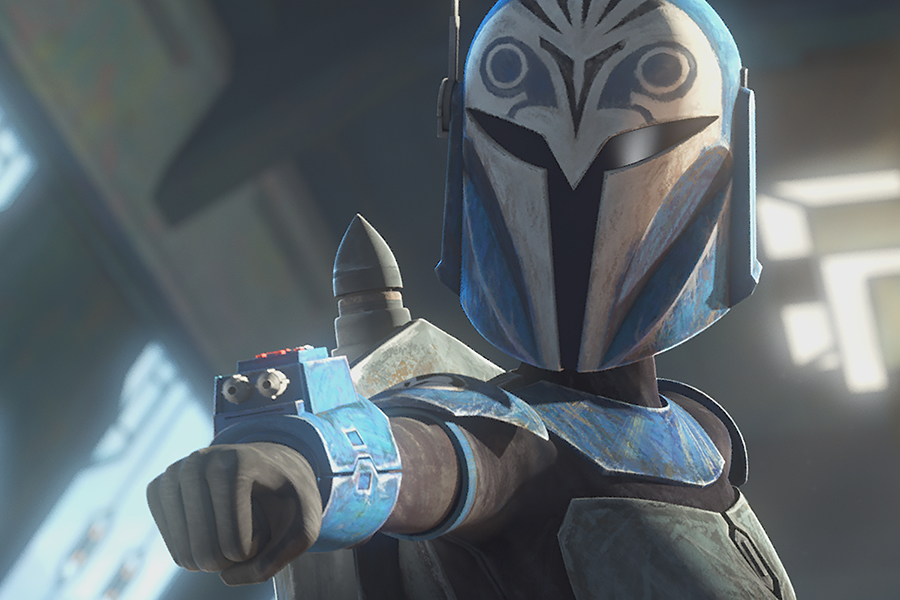 The Disney+ animated series “Star Wars: The Clone Wars” remained No. 1 on Parrot Analytics’ digital originals rankings the week ended May 16, its fourth-consecutive week in the top spot.

“The Clone Wars,” which concluded its seventh and final season on Disney+ May 4, registered 84.9 million average daily Demand Expressions, the proprietary metric used by Parrot Analytics to measure global demand for TV content, down 39.3% from the previous week.

Another Disney+ “Star Wars” spinoff series, the live-action “The Mandalorian,” held onto the No. 2 spot on the digital originals list with 64 million expressions, a 2.8% increase from the previous week when news broke that Temuera Morrison would be returning to play Boba Fett. The latest reports have Katee Sackhoff playing the live-action version of her Bo-Katan character, a Mandalorian leader she previously voiced on “The Clone Wars” and “Star Wars: Rebels.”

Netflix’s “Stranger Things” stayed at No. 3 on the digital originals chart, up 6.2% from the previous week to 61.5 million expressions.

The superhero series “Titans,” a chart mainstay from the DC Universe streaming service, ticked up a spot to take No. 4 for the week with 43 million expressions, up 4.9% from the previous week.

Netflix’s “Outer Banks” climbed to No. 5, with demand up 6.2% from the previous week to 41.5 million expressions. Demand for the teen drama has been steadily rising since the show’s April 15 premiere, though Parrot Analytics announced that quality control issues involving the show’s demand data prevented it from being reported on the charts previously. 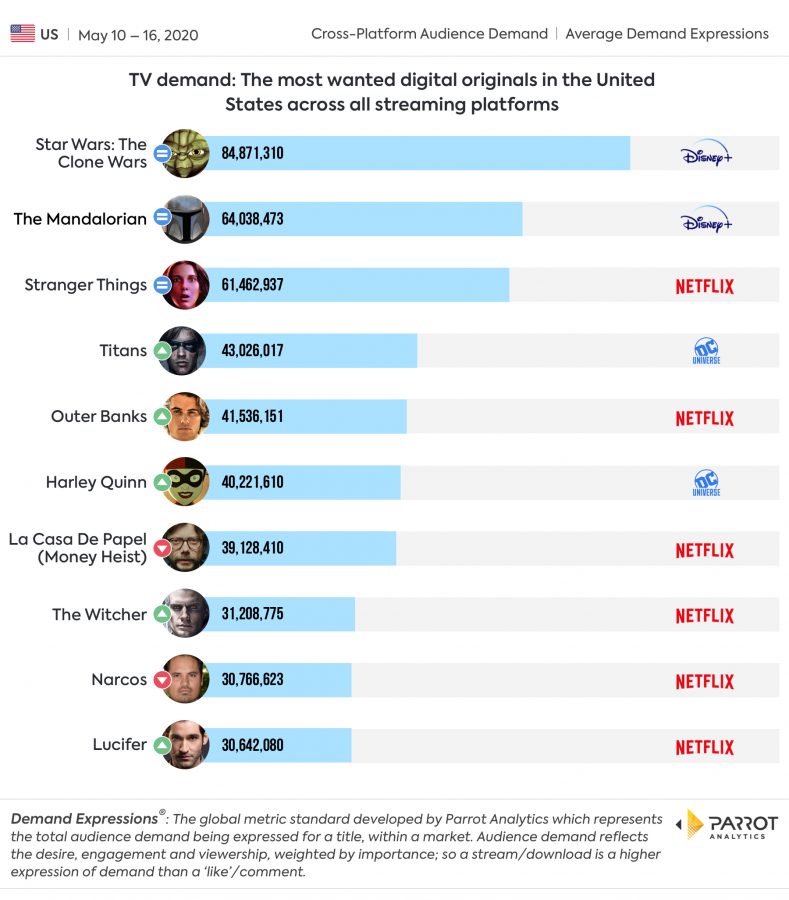