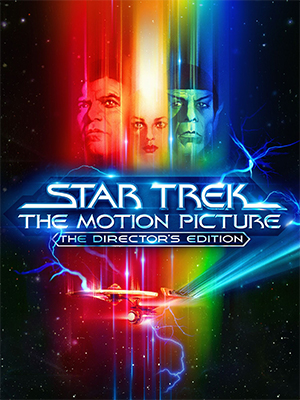 The 4K restoration of the Star Trek: The Motion Picture director’s cut is the culmination of a journey nearly 50 years in the making.

The “Star Trek” franchise would not be what it is today without the boost in popularity the original series experienced in the 1970s. The resurgence that began with syndicated episode reruns and fan conventions would eventually result in the first “Star Trek” film being released in 1979. But getting there was a tumultuous journey involving studio politics, a potential new series, and a major paradigm shift in the movie industry. Even so, the film would have to wait more than 20 years to be finished.

What eventually evolved into Star Trek: The Motion Picture began in the mid 1970s as a potential pilot episode for a new “Star Trek” series that would have anchored a fourth network started by Paramount. Scripts were written, sets designed, costumes made and new crew members were cast. After plans for the network fell through and the relaunch was scrapped, the studio bosses became enamored with the success of Star Wars and Close Encounters of the Third Kind at the box office. Viewing “Star Trek” as a potential franchise that could reach the same audience as those blockbusters, Paramount execs repurposed the preparations for the new series into pre-production for a movie that would transition the cast of the original series to the big screen.

Academy Award-winning director Robert Wise, no stranger to intelligent science-fiction having helmed 1951’s The Day the Earth Stood Still, was brought on board to guide the new “Trek” movie. However, the studio had already locked the film into a firm premiere date of Dec. 7, 1979, and could not delay it lest it be sued by theater owners for millions of dollars. With its budget already absorbing development costs for the aborted TV series, the film was plagued with numerous production problems, most notably its complicated visual effects. The delay in receiving a number of finished sequences until close to the premiere date prevented the film from being edited to the satisfaction of Wise, who began his career as an editor on such films as Citizen Kane.

Even Jerry Goldsmith’s constantly evolving musical score was still being recorded just a few weeks before the film’s release.

As George Lucas is fond of saying, films aren’t finished so much as they’re abandoned when the time comes to release them. When the clock struck on Star Trek: The Motion Picture, in clocked in at 131 minutes.

The film tells the story of a mysterious energy cloud heading toward Earth, and William Shatner’s now Admiral Kirk returning to the starship Enterprise to lead the mission to investigate it. While the success of Star Wars might have been a major impetus in the decision to make a “Star Trek” film, the actual story and visual aesthetic is more akin to 2001: A Space Odyssey, with its ponderous pacing and long, drawn-out shots of starship models slowly flying by the camera. There’s even a lengthy scene of the Enterprise entering the cloud that seems a cousin to the “stargate” sequence of entering the monolith in 2001.

A 1983 television edit for ABC added 12 minutes of deleted scenes back into the film, which added depth to the story but included many incomplete effects shots.

In 2001, Wise revisited the film to refine the edit and enhance the visual effects with CGI. His updated vision, coming in at 136 minutes, was released on DVD in standard-definition.

With the advent of Blu-ray in 2006, prospects for seeing the director’s cut in HD were dashed by the fact that the new visual effects were finished in a lower resolution to save money. Thus, they would have to be re-rendered in order to be presented in HD and, eventually, 4K. Rather than spend the money to do so, Paramount simply released the theatrical cut on Blu-ray. It wouldn’t be until the launch of the Paramount+ streaming service before the funds were made available to probably upgrade the director’s cut to 4K.

The results are stunning. The film has never looked or sounded better, and the tighter editing, which adds several key scenes while eliminating a few extraneous ones, gives more agency to the characters. The film remains a ponderous one, and viewers wary of extended visual effects sequences such as Kirk’s shuttle flying around the Enterprise, will not find much relief here. The need to make the film a big-screen spectacle is a primary reason it relies so much on its visual effects — which are meant to be seen on a big screen and taken in with awe at their grandeur.

It should be noted that the visual effects were not vastly replaced with superior modern CGI. Rather, many of them are simply cleaned up from the original elements. So there are the occasional matte lines around some of the spaceship models.

As subsequent films are better regarded by a majority of fans, Star Trek: The Motion Picture doesn’t get as referenced as much in later “Trek” canon. It certainly remains a bit of an odd duck among the “Trek” films involving the original series. For the second film in 1982, the cast would receive the iconic red uniforms that became a staple of the franchise, replacing the utilitarian pajama-style unis of TMP. This film is as distinctly an artifact of the 1970s as the original series was of the 1960s.

However, TMP does have an epic scope that the subsequent films don’t quite match. This may be due to the sheer number of sets that were built to depict many rooms on the ship that weren’t strictly needed to be seen for the scene to work in propelling the story forward. This likely owes to the film’s origins as a TV episode, and creator Gene Roddenberry writing scenes in a number of different sets in order to justify building them in the pilot for use down the road. (Unfortunately, many of the elaborate sets aren’t seen again in subsequent films).

Star Trek: The Motion Picture was also the source of many tropes the franchise now takes for granted. Chief among them is the Enterprise being the only ship close enough to be able to stop the advancing threat. Goldsmith’s theme for the film would be re-used eight years later for the main titles of “Star Trek: The Next Generation.” This film is also were we get the redesigned look of the Klingons for the first time.

The biggest issues with the upgraded version stem less from the film itself and more with its treatment by Paramount+. Many fans reported having trouble finding it on the service, as it wasn’t initially given a prominent position on the service’s home pages and had to be searched for. There also seem to be some issues with the film cutting off early before it ends.

Still, this is the definitive version of the film and definitely worth a watch from “Star Trek” fans. If any problems with watching on Paramount+ persist, it will be released in theaters for a special engagement in May, and is slated for 4K Ultra HD Blu-ray in September.