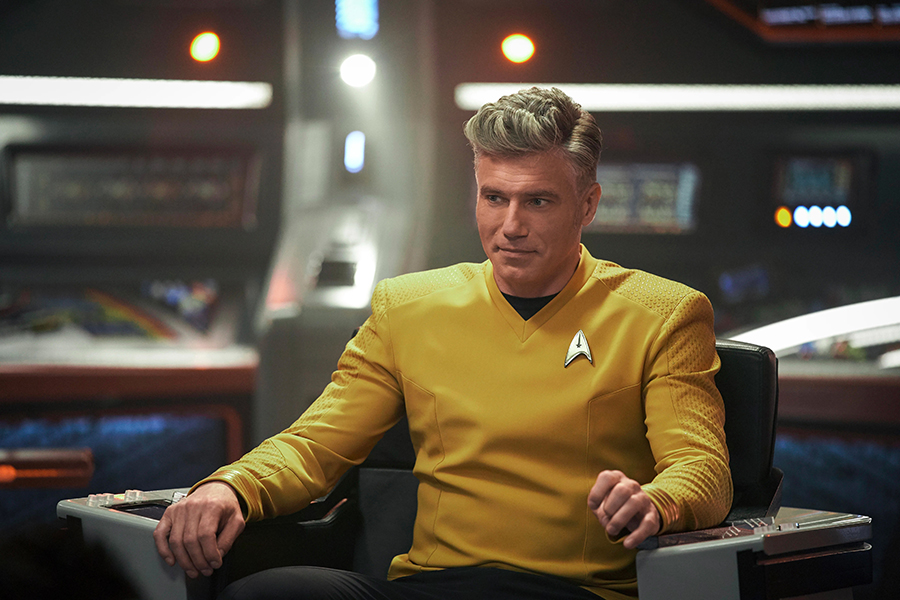 The highly anticipated new Paramount+ series “Star Trek: Strange New Worlds” jumped onto the Parrot Analytics top 10 digital originals U.S. rankings for the first time the week ended May 13, at No. 3. The new “Star Trek” series, a spinoff of “Star Trek: Discovery” about the adventures of the U.S.S. Enterprise under Capt. Pike (Anson Mount) — which had been the premise of the original “Star Trek” pilot rejected by NBC back in the 1960s — was No. 26 the week before. The show premiered May 5 and subsequently saw a 92.4% rise in demand expressions, the proprietary metric Parrot uses to gauge a show’s popularity, pushing it to 35.1 times the demand of an average series.

The No. 1 show on Parrot’s digital originals chart was again Netflix’s supernatural thriller “Stranger Things,” which had a 4.5% drop in demand expressions and 50.6 times the demand of an average series. “Stranger Things” was No. 4 on Parrot’s list of overall TV shows.

The Disney+ “Star Wars” series “The Mandalorian” remained No. 2 on the digital originals chart, grabbing 35.3 times average demand after 4.7% drop in demand expressions.

HBO Max’s “Our Flag Means Death,” a comedy about a wealthy British fop who decides to become a pirate captain in the 18th century, slipped a spot to No. 4. The show had 34.84 times average demand after a 4.9% drop in demand expressions.

The Disney+ Marvel series “Moon Knight” was down to No. 5 with 34.79 times average demand after a 0.9% drop in demand expressions. The limited series presented its finale May 4.

The No. 1 overall TV series in terms of online demand was “SpongeBob SquarePants,” with 71.3 times average demand. 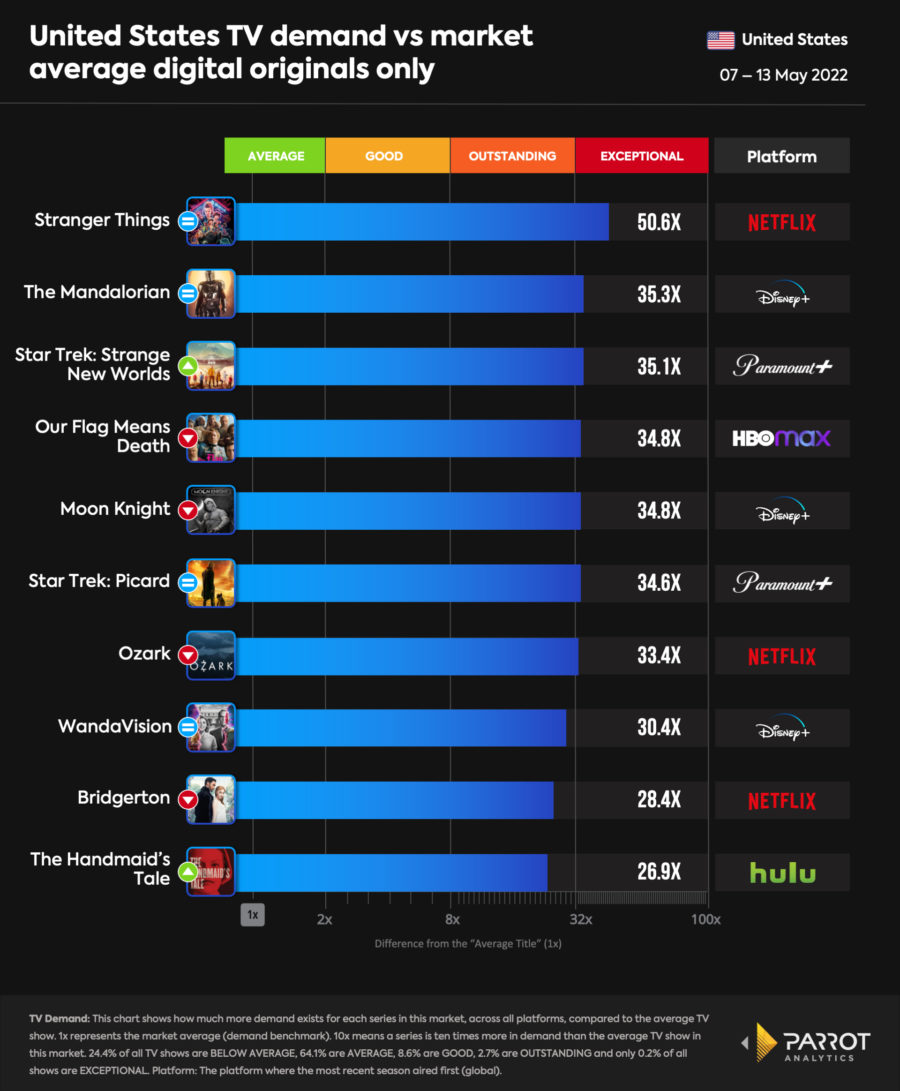