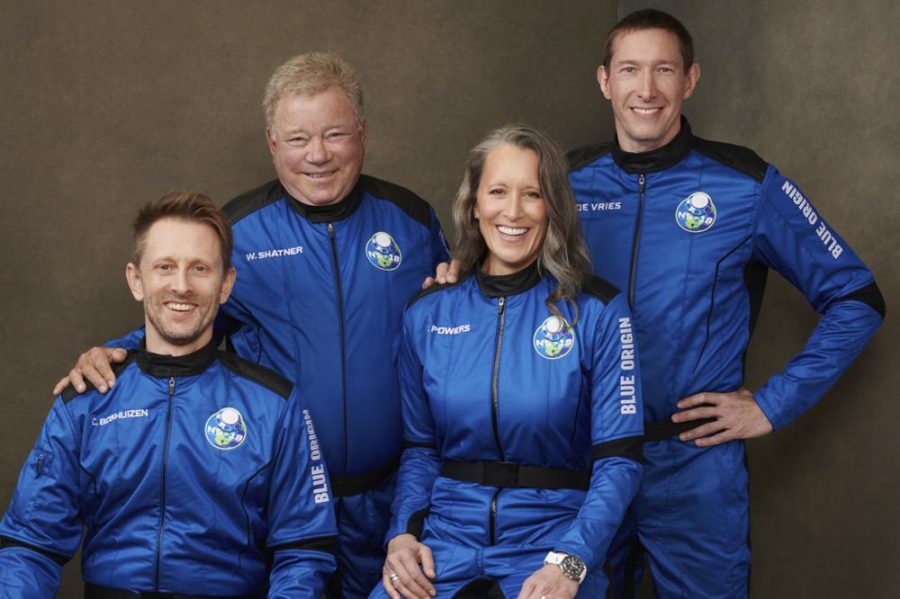 William Shatner, whose portrayal of Captain James T. Kirk on the starship Enterprise in the 1960s TV show “Star Trek” made him an icon, landed midmorning Oct. 13 in west Texas aboard the Blue Origin New Shepard space ship built and funded by Amazon founder Jeff Bezos.

Shatner, 90, becomes the oldest person ever to enter space. The Canadian-born actor, along with Audrey Powers, VP of Blue Origin, and two paying customers, flew into space on the 11-minute flight — Blue Origin’s second manned flight — to reach a peak altitude of 66 miles above Earth.

Upon landing, Shatner was overcome with emotion, calling the trip bigger than his presence and something everyone should experience. He said the contrast between space’s blackness and the blue of Earth underscored the fragility of the planet’s atmosphere and sustaining life.

“What you have given me is the most profound experience,” Shatner told Bezos after exiting the space craft. “I am so filled with emotion about what just happened. It’s just extraordinary. I hope I never recover from this.”