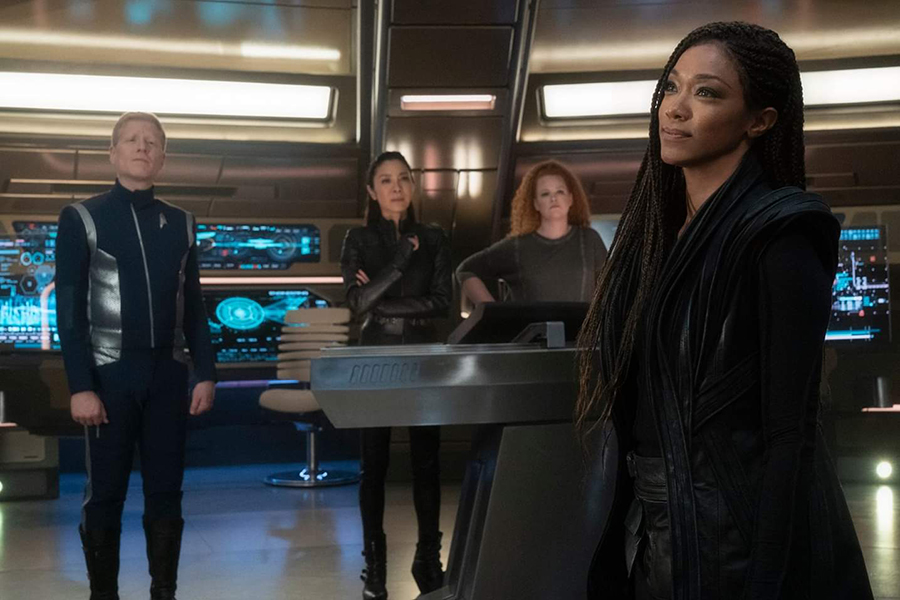 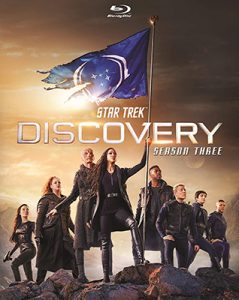 The four-disc set includes all 13 episodes of the latest season of the Paramount+ series, in which the crew of the U.S.S. Discovery travels 900 years into the future and learns that by the 32nd century the Federation has been shattered by a mysterious cataclysm that disrupted warp travel in the galaxy.

The Blu-ray and DVD editions include the featurettes “Star Trek: Discovery — The Voyage of Season 3,” featuring interviews with the cast and creative team; “Stunted,” a look at the stunts on the show; “Kenneth Mitchell: To Boldly Go,” a profile of the actor who plays Aurellio, his life with ALS, and incorporating his wheelchair into the show; and “Bridge Building,” a look at some of the supporting cast.

Exclusive home video extras include deleted scenes, a gag reel, a “Being Michael Burnham” featurette focused on Sonequa Martin-Green, and a “Writer’s Log: Michelle Paradise” featurette in which the showrunner discusses shooting the beginning of the season in Iceland.