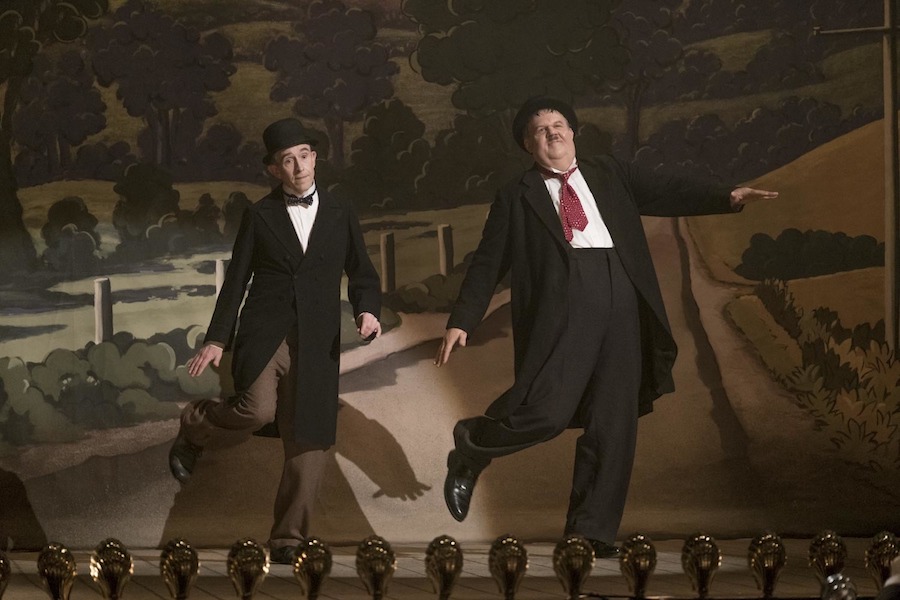 The comedy team of Stan Laurel and Oliver Hardy — who came to fame in the 1920s — helped make Hollywood the dream factory that it is today.

“They are the ones who created the dream,” said Stan Taffel, president of the classic film festival CineCon and member of the Laurel and Hardy fan club Sons of the Desert.

Born in the silent era, the performing duo is the subject of Stan & Ollie, coming to Blu-ray, DVD and digital March 26 from Sony Pictures Home Entertainment. The film follows the team in the later years of their career as they toured and tried to get a new film project off the ground.

“It’s not about two old time comics and the history of their lives; it is about how you get along in life with the people that you know and you make the best of it that you can, and as long as you have friends you have everything,” said Taffel, who calls the film a “love story” about true friends.

It’s a story that hasn’t been fully explored until now, he said at a March 22 presentation at the Hollywood Heritage Museum, appropriately housed in Cecil B. DeMille’s barn, the building that birthed the Hollywood motion picture feature.

“I’m very excited about this film because you really do get to know more of their story,” Taffel said. “Of all of the books and the documents that have been written about these two boys, this film shows an area of their lives that is the least documented of all, the last years of their lives of professional performing. Oliver Hardy was not in good health. Stan Laurel could not secure a contract for them to do more films — the reason, let’s be fair, everybody had their day in the sun and they had their great day in the sun and they still had fans, but Martin and Lewis were the top comedy team at the time that they were touring, and Abbot and Costello were making films, but they weren’t quite as exciting and they had their disagreements. These two gentlemen were the only gentlemen that stayed together.”

As a testament to the affection between the two performers, Taffel noted that Laurel “wrote material for Laurel and Hardy even eight years after Ollie died.”

That connection between the comedy team is the core of Stan & Ollie.

“What this film does, it actually shows two people who really genuinely cared about each other, even at a time when they were not at the top,” Taffel said. “They really showed that Laurel and Hardy were magic.”

“I actually forgot I was watching John C. Reilly,” he said. Reilly picked up a Golden Globe nomination for his performance. Steve Coogan stars as Laurel.

Taffel runs a “tent” for the duo’s fan club, Sons of the Desert, named after a movie that they made in 1933. Members get together and show old films and imbibe, as Stan Laurel directed in the formation of the group in the mid-60s.

In honor of the home entertainment debut of Stan & Ollie, Taffel led a tour around Los Angeles visiting key movie locations from their films, including the famed Music Box Steps.

He also pointed out the various Laurel and Hardy displays at the museum, including the wax figures of the two and letters that Laurel wrote to Hardy.

It’s just a bit of a peek into a relationship that lasted a lifetime and is portrayed in the film — especially in one pivotal scene when Hardy is ill and can’t perform.

“Stan [Laurel] gets into the bed just to keep him warm and hold his hand and that to me is what that movie is about,” Taffel said. “It’s really about a friendship.”