The SpongeBob Movie: Sponge on the Run and “Star Trek: Discovery” topped subscriber choices in the first week (March 4-10) ViacomCBS launched streaming service Paramount+, according to new data from JustWatch. The platform is an international streaming guide with more than 20 million users across 46 countries.

Paramount+, which is the new brand name for CBS All Access, is available monthly with advertising for $5.99, and $9.99 without ads. The AVOD option drops to $4.99 in June with access still largely limited to catalog content.

All Access and Showtime OTT ended the most-recent fiscal period with more than 19 million combined subscribers. 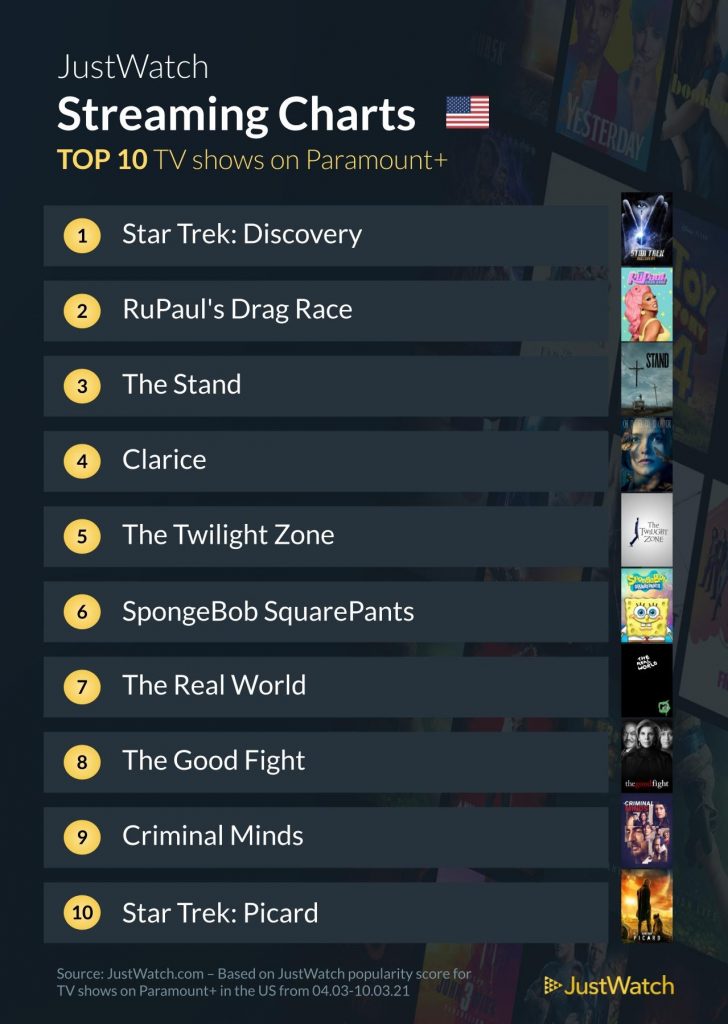 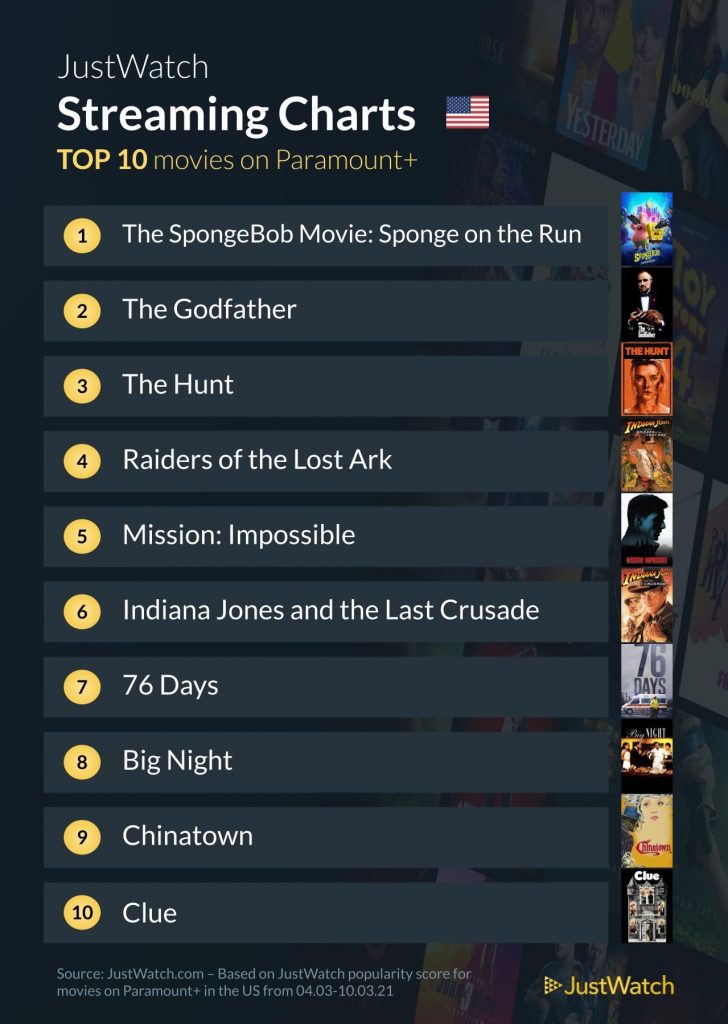