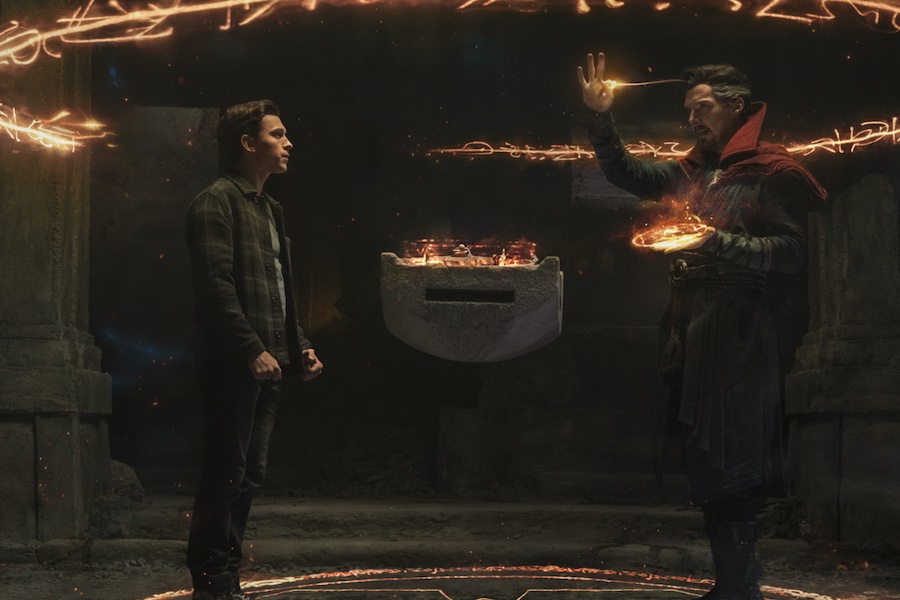 The Marvel Studios film is available for digital purchase and rental. As the film begins, Spider-Man’s identity is revealed, bringing his superhero responsibilities into conflict with his normal life and putting those he cares about at risk, including M.J. (Zendaya). When he enlists Doctor Strange’s (Benedict Cumberbatch) help to restore his secret, the spell tears a hole in the world, releasing Spider-Man villains from other universes.

Remaining at No. 2 was Lionsgate’s Roland Emmerich disaster film Moonfall, starring Halle Berry. Available for digital purchase beginning April 1, the film follows a space crew attempting to save the Earth when a mysterious force knocks the moon out of its orbit.

Debuting on the chart at No. 3 was the Mark Wahlberg film Infinite. The sci-fi actioner, available for digital rental and purchase April 12 from Paramount Pictures, is based on the book The Reincarnationist Papers and follows characters who must use memories and skills from past lives to protect the future of humanity.

Illumination’s Sing 2 rose a spot to No. 4 on the chart. The animated sequel, distributed by Universal Pictures, is available for digital purchase and rental. It follows the animal singers as they plan a new show and try to persuade the world’s most reclusive rock star, Clay Callaway (voice of Bono), to join them.

Falling from No. 3 from No. 5 on the chart was Paramount’s The Contractor, which debuted for premium rental and sale April 1. The film stars Chris Pine as a former elite Special Forces Sergeant who contracts with a private military force and uncovers a conspiracy.

Also new to the chart for the week was A24’s indie horror flick X, landing at No. 7. Available for premium digital rental, the film follows a group of actors who set out to make an adult film in rural Texas and run afoul of their elderly hosts.

Vudu’s top 10 titles for the week ended April 17, in terms of revenue, were: