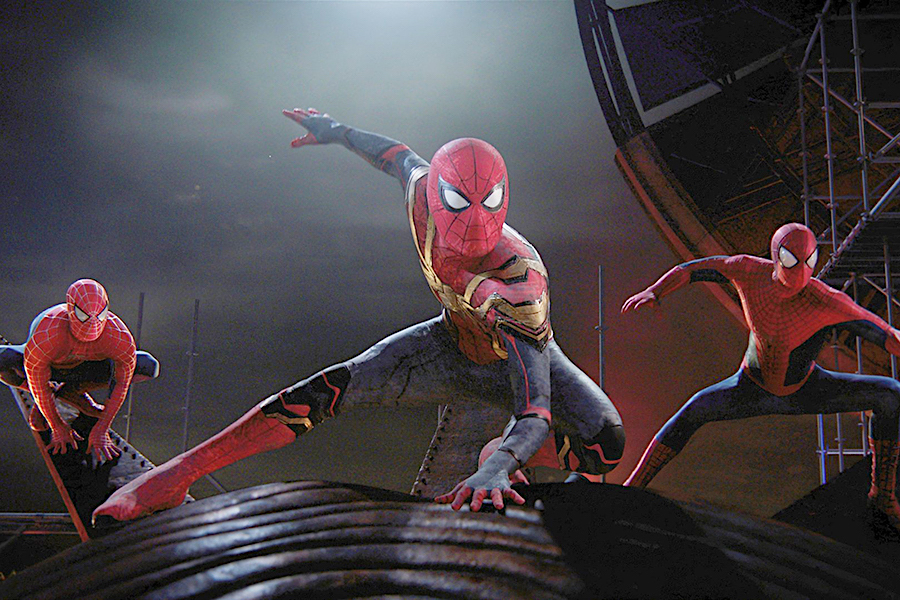 The collection of the three Marvel Cinematic Universe-set “Spider-Man” movies (2017’s Spider-Man: Homecoming and 2019’s Spider-Man: Far From Home in addition to No Way Home) dropped to No. 4 on the Blu-ray Disc sales chart and No. 6 on the overall disc sales chart.

The week’s top newcomer at No. 2 on both charts was Lionsgate’s sci-fi disaster movie Moonfall, the latest directorial effort from Roland Emmerich. The film about retired astronauts teaming with a conspiracy theorist to stop the moon from crashing into Earth earned $19 million. A Walmart-exclusive two-pack of Moonfall with the 2009 Nicolas Cage movie Knowing was No. 3 on the Blu-ray Disc chart and No. 5 on the overall disc chart.

Blu-ray Disc formats accounted for 58% of standalone Moonfall sales, with 22% from regular Blu-ray and 36% from 4K Ultra HD Blu-ray.

Paramount’s Jackass Forever, the latest installment in the “Jackass” comedy stunt franchise, dropped to No. 4 on the overall sales chart and No. 6 on the Blu-ray chart.

Universal Pictures’ animated sequel Sing 2 remained No. 3 overall but dropped a spot to No. 5 on the Blu-ray Disc chart.

The Media Play News rental chart for the week ended May 1 had Moonfall at No. 1, pushing Spider-Man: No Way Home to No. 2 after two weeks in the top spot.

Sing 2 slid a spot to No. 3 on the rental chart, with Jackass Forever down to No. 4. Sony Pictures’ Ghostbusters: Afterlife was the No. 5 rental.