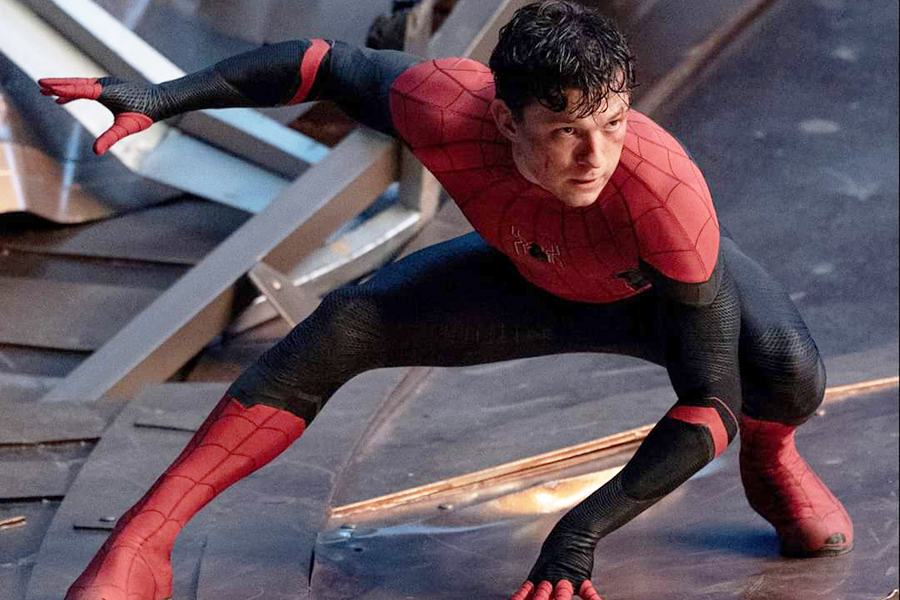 With its fourth-consecutive week atop the disc sales charts, Spider-Man: No Way Home is also the top disc seller for the year to date.

The collection of the three Marvel Cinematic Universe-set “Spider-Man” movies (2017’s Spider-Man: Homecoming and 2019’s Spider-Man: Far From Home in addition to No Way Home) remained No. 4 on the Blu-ray Disc sales chart and No. 6 on the overall disc sales chart.

The week’s top newcomer at No. 2 on both charts was Disney’s Turning Red, the latest animated movie from Pixar. It sold about 44% as many copies in its first week as No Way Home did in its fourth. Turning Red bypassed theaters and was originally released via the Disney+ streaming service. It had 58% of its sales come from HD formats, with 35% regular Blu-ray and 23% 4K Ultra HD Blu-ray.

Lionsgate’s sci-fi disaster movie Moonfall, the latest directorial effort from Roland Emmerich, fell to No. 3 on both charts. The Walmart-exclusive two-pack of Moonfall with the 2009 Nicolas Cage movie Knowing was No. 12 on the overall disc chart and No. 8 on the Blu-ray Disc chart. Combined sales of the standalone Moonfall and the two-pack did outpace Turning Red, meaning more people purchased a copy of the sci-fi movie during the week than the new Pixar effort. Turning Red did barely edge out the combined Moonfall total on the Blu-ray chart.

Another newcomer, Universal Pictures’ Blacklight, debuted at No. 4 on the overall disc sellers chart and No. 5 on the Blu-ray Disc chart. The film stars Liam Neeson as a troubled off-the-books agent for the Federal Bureau of Investigation who finds himself in the middle of a deadly conspiracy. It earned $9.6 million at the domestic box office and had 40% of its unit sales come from its Blu-ray Disc edition.

Universal Pictures’ animated sequel Sing 2 dropped to No. 5 overall and No. 6 on the Blu-ray Disc chart.

Warner’s DC Showcase Collection: Constantine — House of Mystery, a collection of animated superhero short films, debuted at No. 11 overall and No. 7 on the Blu-ray Disc chart.

The Media Play News rental chart for the week ended May 8 had Blacklight at No. 1, with Spider-Man: No Way Home staying No. 2.

The previous week’s top rental, Moonfall, slipped to No. 3. The Redbox-exclusive Black Site debuted at No. 4, while Sing 2 slid a spot to No. 5.