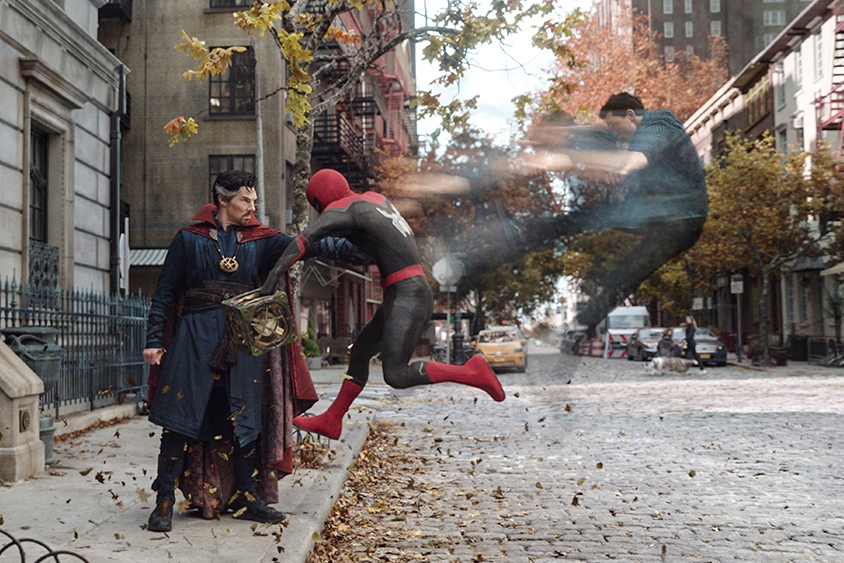 Sony Pictures’ Spider-Man: No Way Home  dominated the weekend box office through Dec. 19 in a much bigger way than anyone expected.

No Way Home, starring Tom Holland as Peter Parker/Spider-Man, is not only the largest box office opener during the pandemic, easily topping Sony Pictures’ Venom: Let There Be Carnage, which took in $90 million. But the film also surpassed Disney/Marvel Studios’ Shang-Chi and the Legend of the Ten Rings as the top-grossing domestic release in 2021.

No Way Home is also the third-highest global box office opener in history, with more than $587 million in revenue, including over $334 million generated across 60 foreign markets. The movie, by the end of the day, could surpass Marvel Studios’ $257 million 2018 opening for Avengers: Infinity War.

“This weekend’s historic Spider-Man: No Way Home results from all over the world and in the face of many challenges, reaffirm the unmatched cultural impact that exclusive theatrical films can have when they are made and marketed with vision and resolve,” Tom Rothman, Chairman/CEO of Sony Pictures Motion Picture Group, said in a statement. “All of us at Sony Pictures, are deeply grateful to the fabulous talent, both in front of and behind the camera, that produced such a landmark film.”