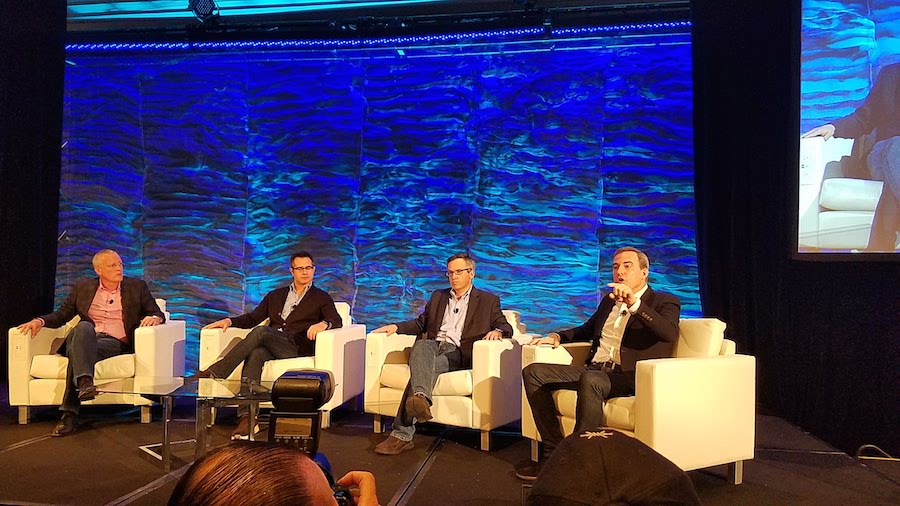 “2017 was nothing short of spectacular in terms of the growth of entertainment technology,” said Sherman, who is also counsel/director of Manatt Digital.

He pointed out five trends.

First, OTT audiences are growing. U.S. adults consumed 1 hour and 17 minutes of digital video per day on average in 2017 (excluding time spent viewing video on social networks), up 9.3% year over year, according to an eMarketer Report. He added that 22.2 million U.S. adults have cut the cord and that the number of cord nevers is expected to rise to 44.4 million this year.

The third trend is media consolidation, he noted, pointing out the AT&T-Time Warner, Lionsgate-Starz and Disney-Fox deals.

“What happens with some of the smaller studios?” he said. “Will we see a technology company acquire a studio or media company?”

The fourth trend he noted was the opportunity and challenges facing digital advertising. The industry is plagued by measurement accuracy and fraud problems. The fifth trend is Los Angeles’s growing place in the digital ecosystem, with tech companies putting down roots here.

“This is our time,” Sherman said. “It’s our time to really shine.”

Andrew Wallenstein, co-editor-in-chief of Variety, said, “The worlds of Hollywood and the digital economy are converging somewhat and competing somewhat.”

The change is “really not all good for Hollywood,” he said, noting the eroding domestic box office and TV ad spending trends.

“There is a narrative that isn’t altogether wrong that the sky is falling,” he said.

The tech industry is putting pressure on traditional content suppliers.

“Netflix and Amazon are just increasing this insane level of spending,” he said, adding that Apple is stepping in and perhaps Facebook.

He agreed with Sherman that mergers are in the offing, noting talk of the CBS-Viacom recombination.

In terms of content, new technologies such as VR and AR “are going to have a transformational effect on this business,” he said.

The very nature of entertainment is changing, said Josh Yguado, founder, president and COO of Jam City, noting that 66% of the world owns a mobile device.

“Mobile phones are changing entertainment in a really, really big way,” he said.

He said new forms of entertainment will incorporate social and location vectors, as well as achievement metrics — all things that can be addressed by mobile games, which he makes.

“We manage these games like television shows,” he said.

For kids today, “sitting down for a film or even a half hour TV show seems boring to them,” he said.

William Quigley, CEO, Clearstone Ventures, OPSkins and WAX, noted that another change facing the industry is the very way it is financed, with blockchain and cryptocurrency poised to take an increasing role. It will cause a “massive realignment” from middlemen controlling content to those who are actually creating content, he said.