The platform, which was first announced at CES 2021 in Las Vegas, officially launches April 6.

Sony is offering up to 300 movies to consumers through its Bravia Core streaming service app embedded in all 2021 XR models. Units come with five to 10 movie credits depending on the model. The service streams titles at up to 80 Mbps, claiming to deliver “lossless” 4K UHD picture quality on a wide range of content. Additional movie credits can be purchased separately. Titles range from new to classic and include Venom, Peter Rabbit, Ghostbusters, Bloodshot, Bad Boys for Life, Underworld: Evolution, Angels & Demons, The Da Vinci Code, Resident Evil: Apocalypse, Blade Runner 2049 and Jumanji: The Next Level, among others.

“We bring together the best filmmakers and the best actors and deliver the resultant feature films to consumers through the brilliance of Sony technology and the brilliance of our televisions,” Keith Le Goy, president of worldwide distribution and networks for Sony Pictures Television, said in a statement.

The Bravia Core streaming service will also offer access to “Imax Enhanced,” which claims to replicate the Imax theatrical experience in the home. Imax titles include Spider-Man: Far From Home, Little Women, Baby Driver and A Beautiful Day in the Neighborhood, among others.

Similar to Sony DVDs and Blu-ray Disc releases, Bravia Core will offer users “Studio Access,” featuring the inside stories on what happened behind the scenes on movies via extra footage and interviews.

“For about four years now we’ve been working to really think how we re-imagine the at-home experience and how we deliver great, immersive technology that you typically see in the cinema,” said Pete Wood, SVP of new media distribution at Sony Pictures Entertainment. 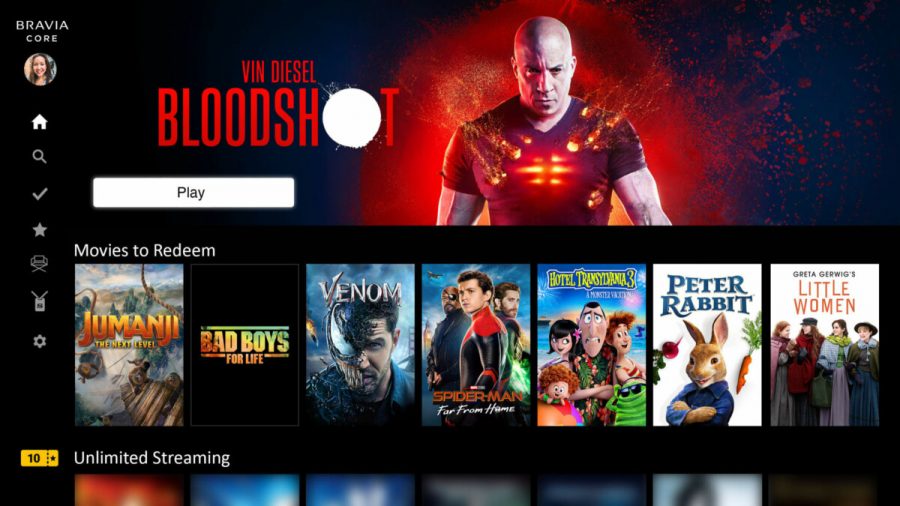