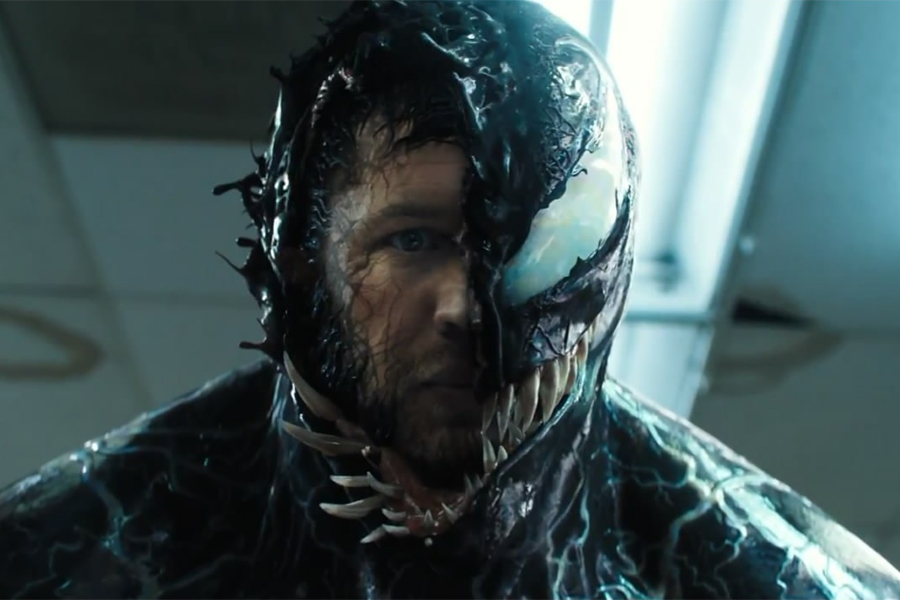 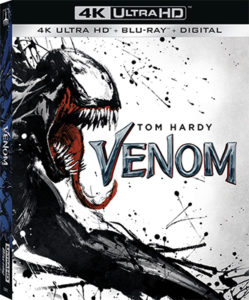 Based on the popular Marvel Comics character, Venom tells the story of Eddie Brock (Tom Hardy), a broken man whose life is turned around when he becomes host to an alien symbiote that gives him superpowers. The cast also includes Michelle Williams, Riz Ahmed, Jenny Slate and Woody Harrelson.

The film has earned $211.7 million at the domestic box office and more than $822.5 million worldwide.

Bonus material will include a “Venom Mode” with pop-up trivia about the film; deleted and extended scenes; the featurette From Symbiote to Screen, about the history of the character; several behind-the-scenes featurettes; a featurette about hidden references in the film; pre-visualization versions of key scenes; a music video for Eminem’s “Venom”; and a preview of the animated Spider-Man: Into the Spider-Verse, with a music video for “Sunflower” from Post Malone and Swae-Lee.