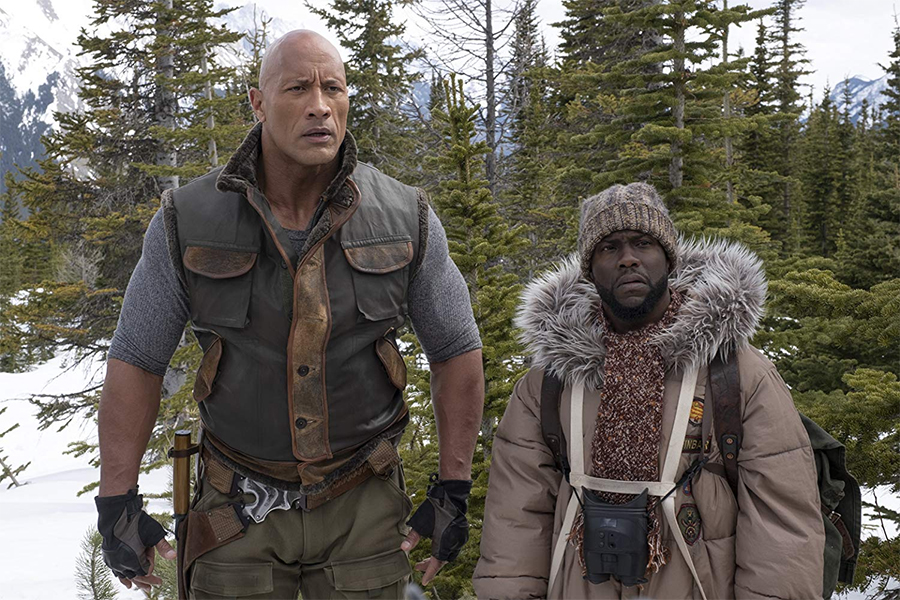 Dwayne Johnson and Kevin Hart in Jumanji: The Next Level

The home entertainment studio generated $319 million in first-quarter (ended June 30) revenue, which was up 59.5% from revenue of $200 million during the previous-year period.

Top-selling/renting titles in the quarter included Bad Boys For Life and Jumanji: The Next Level.

While Sony Pictures generated just $6 million at the box office due to theater and production shutdowns caused by COVID-19, the studio reported operating income of $230 million, which was up 760% from $3 million in the previous-year period. Revenue topped $1.6 billion, on par with last year’s fiscal period, but lower marketing costs from the absence of theatrical releases contributed to the higher profit margin.

Another overachieving business segment (besides home entertainment) was television production, which generated revenue of $597 million, up 41% from revenue of $422 million a year ago. The studio had 31 series in broadcast, syndication and streaming in the quarter, including “Better Call Saul,” “Shark Tank” and “Indebted,” among others.

On the fiscal call from Tokyo, Sony Corp. CFO Hiroki Totoki said that while Sony Pictures remains committed to the box office, changes in theatrical distribution due to the pandemic will impact studio financial results for the next three years. As a result, Sony Pictures is looking at alternatives, including premium VOD.

“Digital sales of products we have released theatrically in the past are strong,” Totoki said. “For Sony, the importance of theatrical releases is not expected to change going forward. But in order to maximize the long-term value of our product, we will select the optimal distribution channel for our product based on the nature, scale and timing of the product.”

“If we can restart production, we think we can recover our position in the television production area relatively quickly because demand for content from digital distribution services is extremely high, and we think we can leverage our advantage as a major independent studio,” he said.