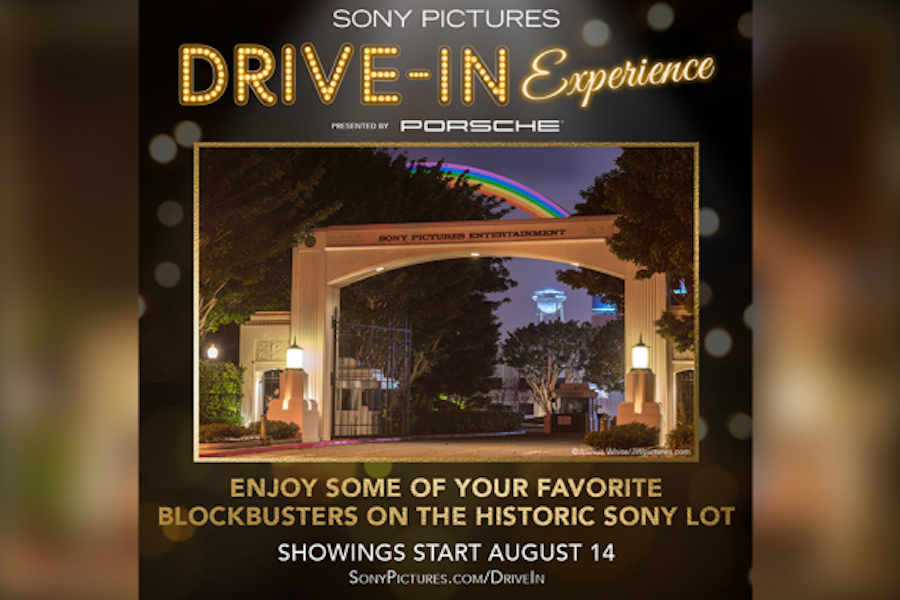 Sony Pictures announced it is offering consumers access to branded catalog movies and new releases in a drive-in atmosphere on the studio’s backlot in Culver City, Calif., beginning Aug. 14 and on subsequent Fridays, Saturdays and Sundays thereafter.

Showtimes, which begin at 8 p.m. PT, will be limited to 75 cars paying $30 per vehicle. The movie line-up includes Baby Driver, Bad Boys for Life, Bloodshot, Don’t Breathe, Ghostbusters (1984), Grown Ups, Jumanji: The Next Level, The Karate Kid (1984), Men in Black (1997), Once Upon a Time in Hollywood, Spider-Man: Homecoming and Spider-Man: Far From Home, among others. Tickets will be handled by Atom Tickets.

The drive-in campaign, which is similar to marketing efforts currently in operation at 160 Walmart parking lots and select third-party venues into October, is in response to ongoing closures of movie theaters due to the coronavirus pandemic.