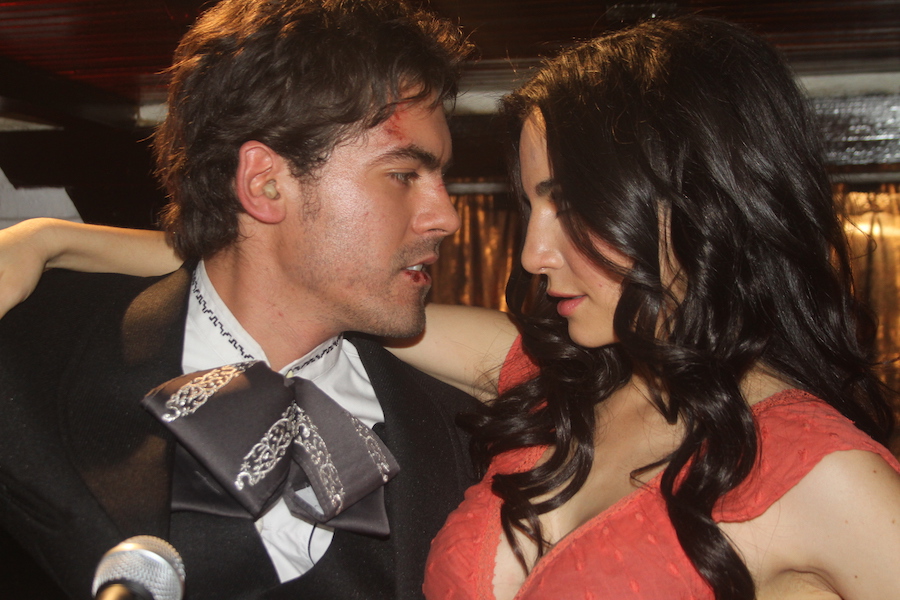 Sony Canal Novelas, dedicated to the world’s most popular classic telenovelas and modern serial dramas, features several new series. “El Sexo Debil” (Mexico) follows the story of a father and his sons who, one day, are suddenly and inexplicably abandoned by all the women in their lives. “Zorro: La Espada y la Rosa,” based on Johnston McCulley’s characters, follows nobleman Diego de la Vega as he takes sword in hand as the masked hero, Zorro, to fight for justice and defend the poor against corrupt government officials​. “El Mariachi,” based on the Robert Rodriguez film of the same name, follows a young mariachi musician who is mistaken as a hired assassin and inadvertently thrown into a war with the cartels. “Verdad Oculta” is a Colombian action-packed police crime drama.

Sony Canal Novelas holiday programming includes “Doña Bárbaram,” an action-packed drama taking place on isolated acres of land without any semblance of civilization, and “Rosario Tijeras,” a Mexican adaptation of the popular Colombian telenovela of the same name that brings forward topics of class, race and the impact of drug cartels in a Latino neighborhood.

The Sony Canal Comedias channel brings “Loco por vos,” an Argentinian adaptation of the highly popular American TV series “Mad About You” set in Buenos Aires, following the trials and tribulations of a young newlywed couple; “La Niñera,” an Argentinian adaptation of “The Nanny” following the misadventures of Flor Finkel, an extravagant woman who starts working as a nanny for a very wealthy family; “Los Caballeros Las Prefieren Brutas​,” a character-driven, comedy-drama dealing with modern relationships in contemporary Latin America; “La Suegra” (Colombia), which follows Victoria Maldonado, a famous talk show host in the United States who is forced to return home to Colombia only to discover her children have driven her to bankruptcy and her old flame is in a relationship with her best friend; and “Casado Con Hijos,” a Chilean adaptation of the U.S. TV series “Married With Children.”

Sony Canal Competencias holiday programming includes “Ruleta Rusa” (“Russian Roulette,” Chile), a competition series hosted by Diana Bolocco that is the ultimate game of chance, where every question could cause a contestant to literally “drop out” of the game, and “Escape Perfecto” (Colombia).