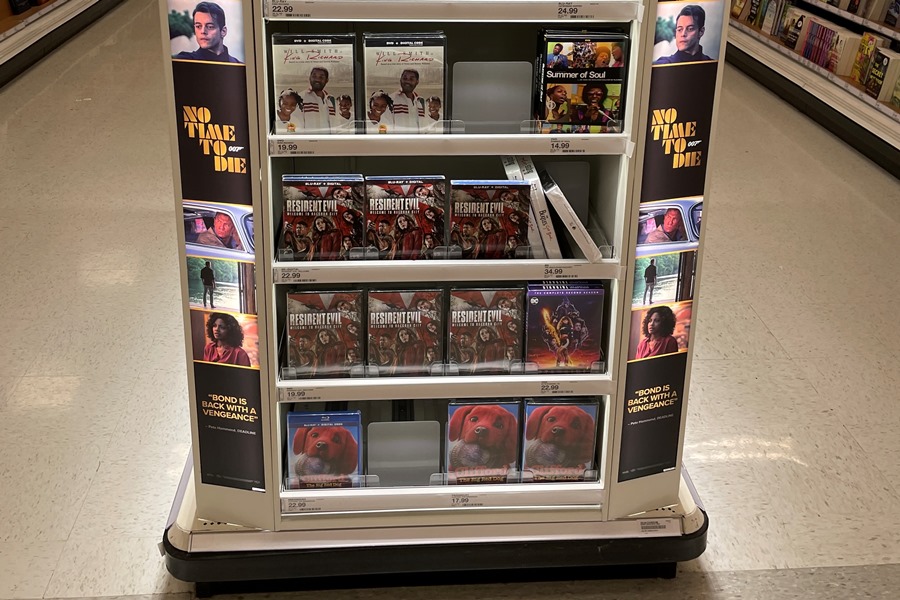 Copies of the recalled The Beatles: Get Back on display at a Target store on Feb. 8.

Some copies of The Beatles: Get Back appeared on retail shelves Feb. 8 despite a recall.

Several Blu-ray Disc copies of Peter Jackson’s acclaimed documentary on the legendary British rock band were spotted in the new-release section at a Target in Orange County, Calif.

The title had been slated for a Feb. 8 release but was recalled due to a technical glitch. A new release date hasn’t been announced.

However, it’s not as if shoppers could actually buy copies of Get Back if they managed to find a stray. Once the street date was canceled the checkout computers and major retailers such as Target and Walmart would have been set to flag attempts to scan it at the register, prompting a clerk or manager take possession of it and remove the rest from the sales floor.

The Imax event is being followed by a global theatrical run of the 60-minute concert film that starts today (Feb. 11) and runs through the weekend.

18 thoughts on “Some Copies of ‘The Beatles: Get Back’ on Blu-ray Appeared at Retail Despite Recall”