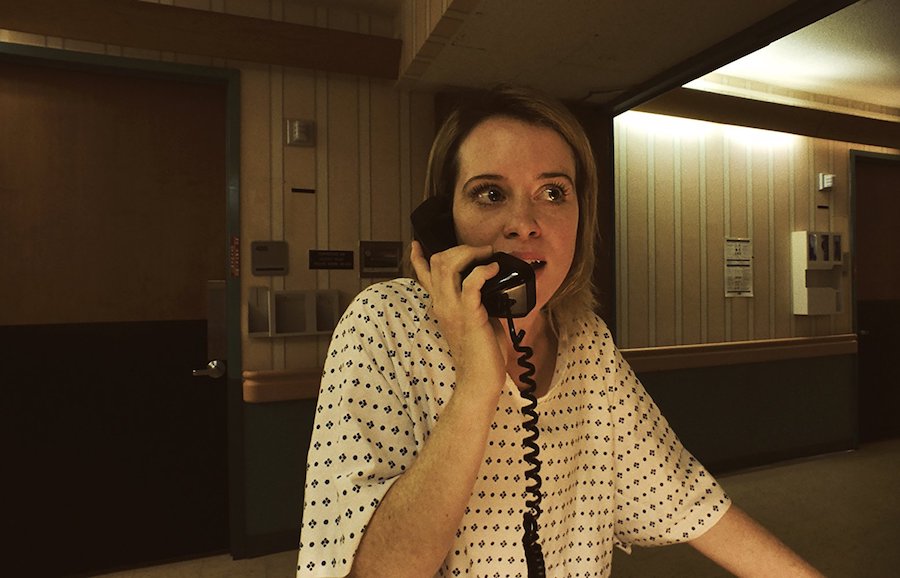 The Claire Foy thriller Unsane comes out on digital (including Movies Anywhere) on May 29, and on 4K Ultra HD, Blu-ray, DVD and On Demand June 19 from Universal Pictures Home Entertainment.

Directed by Steven Soderbergh, Unsane stars Foy (“The Crown,” Breathe) as a woman still scarred from the trauma of being terrorized by a stalker who is receiving treatments at the Highland Creek Behavioral Center. Shortly after she unwittingly commits herself to confinement at the mental institution, she catches sight of a facility staffer who, she is convinced, is actually her stalker. Is he real or just a product of her delusion?