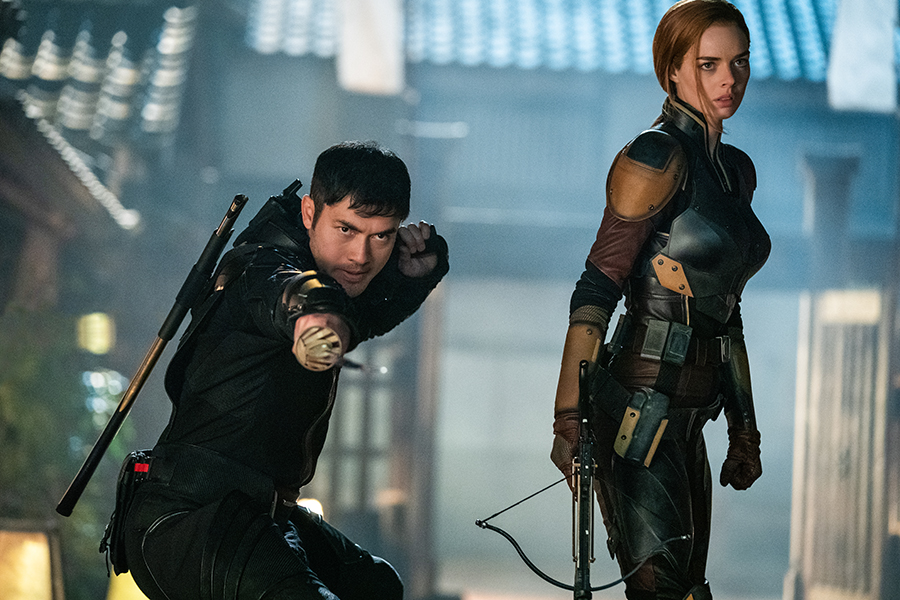 Paramount’s actioner Snake Eyes: G.I. Joe Origins debuted at No. 1 on the list of the 10 most popular movies on Fandango’s transactional VOD service Vudu the week ended Aug. 22.

The film — the third live-action “G.I. Joe” movie rebooting the franchise following 2009’s G.I. Joe: The Rise of Cobra and its sequel 2013’s G.I. Joe: Retaliation — became available for premium digital purchase and rental Aug. 17. Based on Hasbro’s G.I. Joe toy line, it delves into the backstory of the mysterious title character, a ninja warrior who conducts covert operations for the counter-terrorist military unit known as G.I. Joe. Welcomed into an ancient Japanese clan after saving the life of their heir-apparent, Snake Eyes (Henry Golding) joins the battle against the terrorist group Cobra. The cast also includes Andrew Koji as Storm Shadow, Úrsula Corberó as Baroness, and Samara Weaving as Scarlett.

Dropping to No. 2 on the chart was Marvel Studios’ Black Widow, which was released to digital platforms Aug. 10 following a concurrent run in theaters and as a Disney+ Premier Access PVOD add-on. In the film, Scarlett Johansson reprises her role as Natasha Romanoff, aka Black Widow, and confronts her darker parts when a dangerous conspiracy with ties to her past arises. Hounded by a force that will stop at nothing to bring her down, Natasha must deal with her history as a spy and the broken relationships left in her wake long before she became an Avenger. Along with Johansson, the cast includes Florence Pugh as Yelena, David Harbour as Alexei/The Red Guardian and Rachel Weisz as Melina.

Remaining at No. 3 on the chart was Lionsgate’s sequel Hitman’s Wife’s Bodyguard. The action comedy starring Ryan Reynolds, Samuel L. Jackson and Salma Hayek is available for digital rental and purchase.

Universal’s F9, the ninth installment in the main “Fast & Furious” franchise, became available for premium rental July 30. It landed at No. 4 on the chart.

Debuting at No. 5 on the chart was the Matt Damon drama Stillwater, available for premium rental. Damon stars as an American oil rig worker who travels to France to visit his estranged daughter, in prison for a murder she claims she didn’t commit.

Vudu’s top 10 titles for the week ended Aug. 22, in terms of revenue, are as follows: