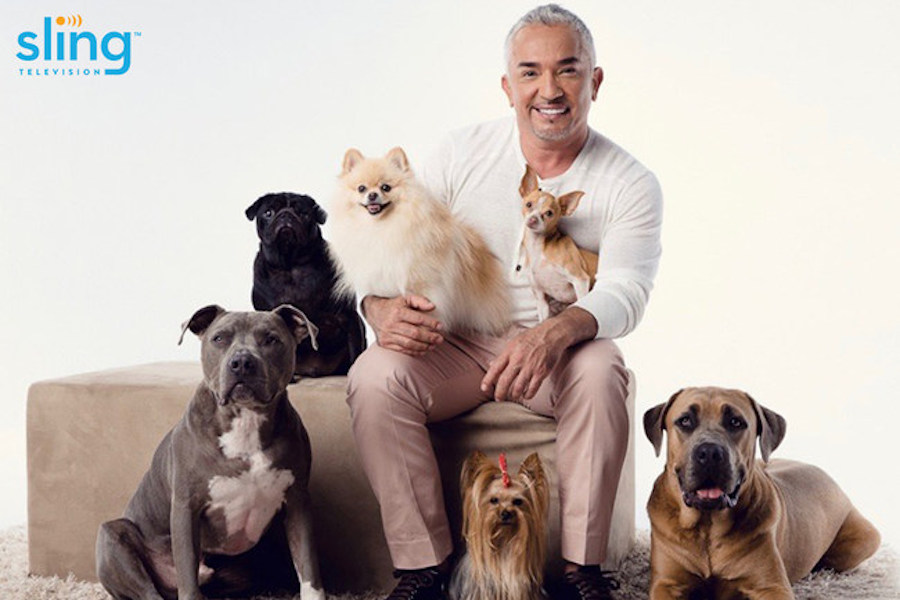 Sling TV and Cesar Millan, known as “The Dog Whisperer,” Aug. 22 launched a dog-friendly, on-demand lineup with programming that caters exclusively to dogs.

Now available on the “My TV” screen, dog owners can access a list, “Shows Your Dog Will Love – Picked by Cesar Millan,” through Aug. 28, which features content chosen by Cesar Millan based on his extensive experience in dog psychology.

“In spending my life studying and caring for dogs, I know that it’s important for our best pet friends to be active and get exercise, but it is equally important for them to spend time relaxing, and many of us know they love to watch TV,” said Millan in a statement. “It has been a pleasure to work with Sling TV to create a collection of programming for the ‘Shows Your Dog Will Love’ on-demand lineup based on distinct characteristics that dogs look for in a TV show that will capture their attention. In celebration of this year’s National Dog Day, Sling TV viewers can check out the lineup and spend quality bonding time Slinging TV with their dogs.”

“We are always looking for ways to celebrate our customers, which doesn’t just mean people – it includes their furry friends too,” said Ankit Bishnoi, VP of content acquisition and strategy at Sling TV. “In celebration of National Dog Day, we knew we had to team up with the most highly-regarded dog behaviorist, Cesar Millan, to offer something no other live streaming TV service has done before – a curated list of on-demand dog-friendly shows that are great for everyone in the household enabling us to engage with even more consumers to show the value and convenience of Sling TV.”

With more than 25 years of canine experience, Millan is most known for his ability to understand, rehabilitate and train dogs, which led him to Emmy-nominated TV shows, best-selling books and more. For dogs, he recommends shows about nature, sports, action, music and dogs. Sling TV pet owners can enjoy more than 45 shows and movies in the curated ribbon for dogs on My TV, including content such as “Rocky Mountain Animal Rescue,” “Barkfest,” Jurassic World, “X Games” and “BRITs Icon: Elton John.”