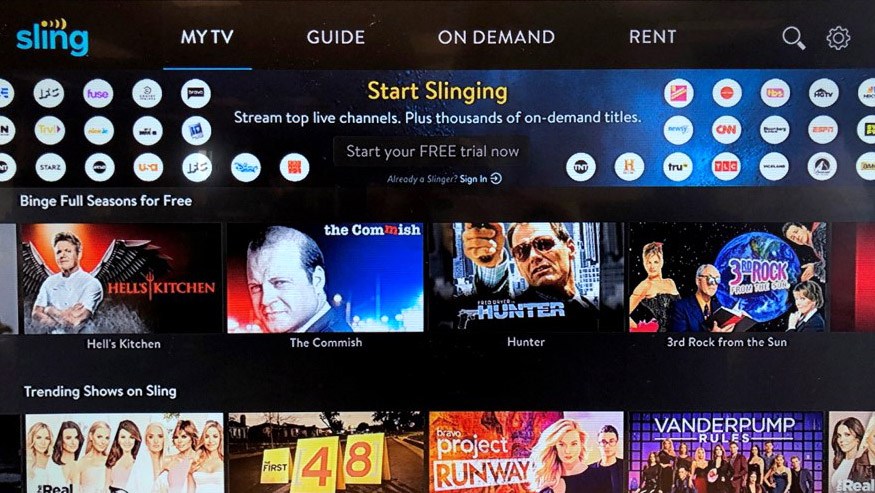 Could Dish Network’s Sling TV be transitioning into an ad-supported online television platform?

Launched in 2015 as the first standalone online Tv service offering access to ESPN and other pay-TV channels outside of the traditional bundled cable package, the $25 monthly platform is expanding its “free experience” to Roku and Amazon devices, including Fire TV.

After downloading the app, users can watch select Sling TV programming for free without entering their credit card information. Once in guest mode, users can browse and watch content from the “My TV” screen.

Sling ended the most recent fiscal period with more than 2.3 million subscribers — a sub count that hasn’t grown much in recent quarters.

With Apple and Disney bowing branded subscription streaming platforms next month, coupled with the rise in ad-supported VOD services such as Tubi and Pluto TV, pushing marketing outside the box is the new normal.

Users without a subscription can also access Showtime or Lionsgate-owned Starz for a separate fee. Users can also purchase access to channels, including Curiosity Stream, Up Faith & Family and Hallmark Movies Now, among others.

“As the only live streaming service that allows you to purchase à la carte channels without subscribing to a base service, Sling makes it easy to stream all of your favorite content in the same interface,” the service wrote in a blog post.