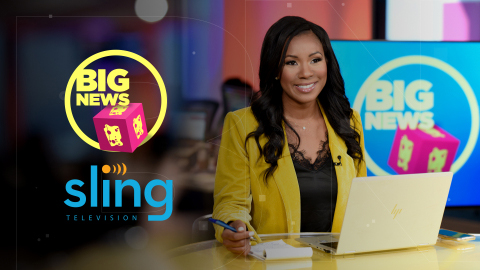 The network covers news of the day, human interest stories, weather, science and sports. It includes updates on business, politics and government from its Washington D.C. office and entertainment from Cheddar’s Los Angeles location. Cheddar claims its political coverage is neutral.

“We have always been supportive of Cheddar’s vision to disrupt the way news is delivered, which is why we launched the initial [Cheddar] financial news channel on Sling TV in 2016,” Ankit Bishnoi, VP of content acquisition and strategy at Sling TV, said in a statement.

“Sling TV … saw the vision and bet on our team and content before anyone else,” said Daniel Schneider, VP of business development of Cheddar. “They are extremely innovative.”

Cheddar Big News, which is also available on Philo and YouTube TV, recently signed Coke as its first corporate sponsor.