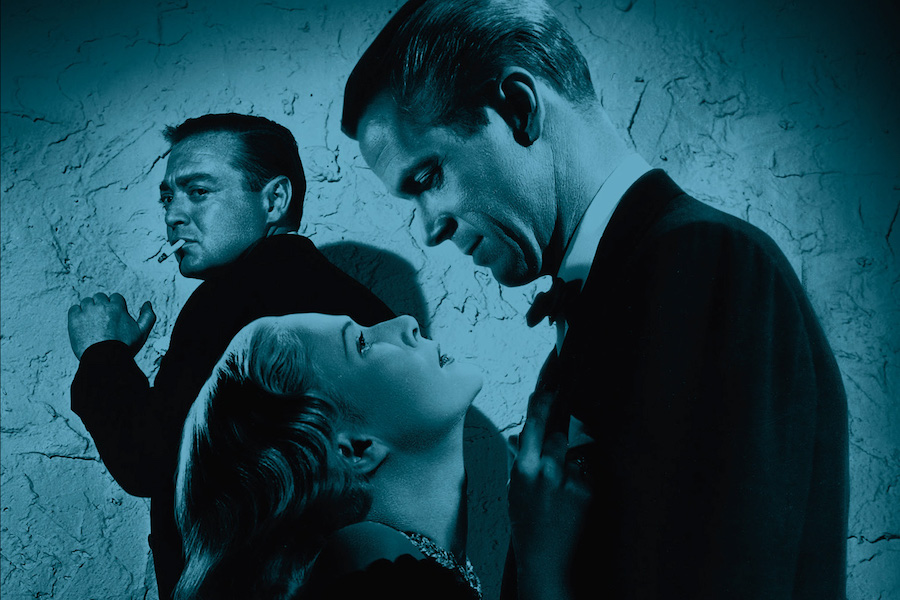 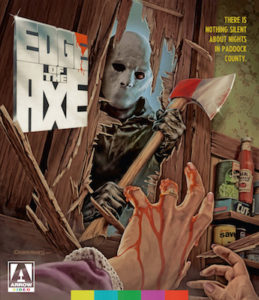 The Spanish-American slasher film Edge of the Axe and the 1940s film noir Black Angel are being released on Blu-ray from Arrow and MVD Entertainment Group Jan. 28.

From Arrow Video comes Edge of the Axe, which follows a masked killer picking off people in a small California village with — that’s right — an axe. The new 2K restoration of the cult classic (from the original camera negative) includes English and Spanish versions of the film; two new audio commentaries; a newly-filmed interview with actor Barton Faulks; “The Pain in Spain,” a newly-filmed interview with special effects and make-up artist Colin Arthur; an image gallery; a reversible sleeve featuring original and newly-commissioned artwork by Justin Osbourn; and for the first pressing only, a collector’s booklet featuring new writing by Amanda Reyes. 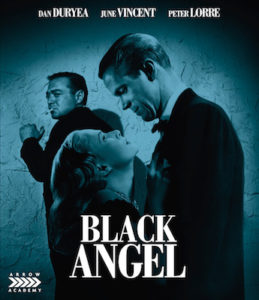 Due from Arrow Academy is the 1946 film noir Black Angel, which marked the final time behind the camera for prolific director Roy William Neill. In the film, after a man is convicted of murder, his wife and the victim’s ex-husband fight to prove his innocence. Hated by author Cornell Woolrich whose novel served as the source material, Black Angel nevertheless is a sleek and stylish film for genre fans. It stars Dan Duryea, June Vincent and Peter Lorre. Special features on the new restoration of the film include a video appreciation by film historian Neil Sinyard; new audio commentary by the writer and film scholar Alan K. Rode; the original trailer; a photo gallery of original stills and promotional materials; a reversible sleeve featuring two artwork options; and for the first pressing only, an illustrated collector’s booklet featuring new writing on the film by author Philip Kemp.