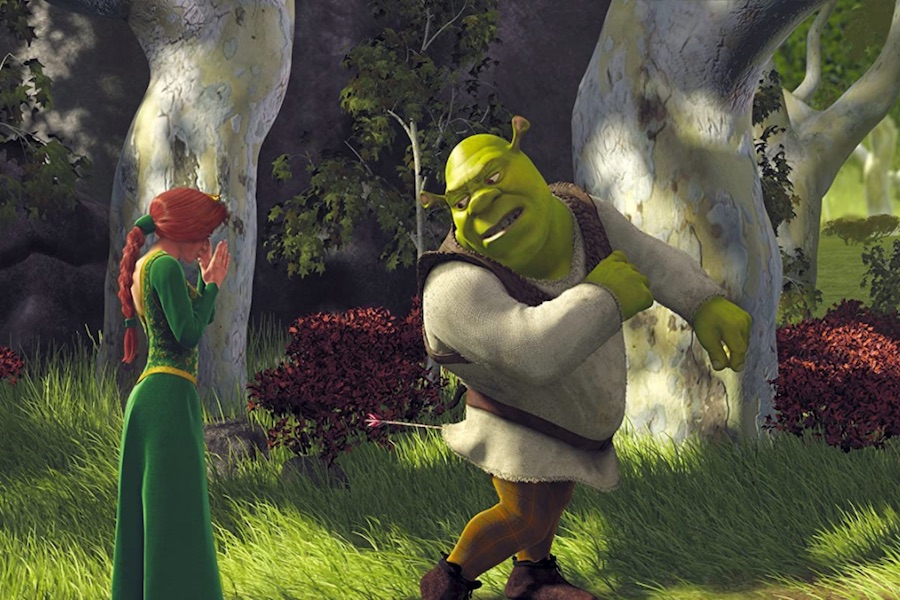 The first-ever Academy Award winner for Best Animated Feature, Shrek, celebrates its 20th anniversary this spring with its debut in a 4K Ultra HD combo pack (including Blu-ray and digital) May 11 from Universal Pictures Home Entertainment. The film will also be available separately on Blu-ray and DVD. 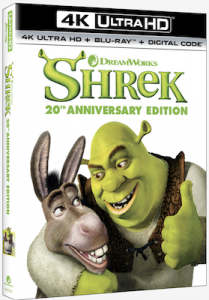 In the film — which launched three sequels, a spin-off TV series, holiday specials and a theme park attraction — the ogre Shrek (Myers) goes on a daring quest to rescue the feisty Princess Fiona (Diaz) with the help of his lovable, loud-mouthed Donkey (Murphy) to win back the deed to his beloved swamp from scheming Lord Farquaad (Lithgow).

The release features more than four hours of bonus material, including a bonus disc that comes with five episodes from “The Adventures of Puss in Boots” television series and 10 shorts, including Scared Shrekless, The Pig Who Cried Werewolf and The Ghost of Lord Farquaad.